In the defense of personal injury cases, traumatic brain injuries (TBIs) are often alleged to have occurred, but TBIs sometimes can be difficult for plaintiffs to prove despite sophisticated medicine, neuropsychological testing, and biomechanical evidence.

There are generally three categories of TBIs: mild, moderate, and severe. These classifications typically correspond to the injured person’s Glasgow Coma Scale score, which assesses a patient’s motor, verbal, and eye-opening responses following the head injury. Treating physicians will also order CT scans of the head and brain as soon after a suspected TBI as possible. The CT is useful to detect blood in and around the brain and bone fractures. An MRI, if ordered at all, typically comes later, after the patient’s condition stabilizes. The MRI can show brain lesions that are undetectable by the CT.

Many TBIs from car accidents and work site injuries are somewhere on the continuum between mild and moderate. And often, the standard neuroimaging (CT and possibly an MRI) does not show any abnormality even in patients who have experienced mild to moderate trauma. In the presentation of evidence during litigation, CTs and MRIs are not usually remarkable looking to laypeople. A radiologist must explain what he sees in the imaging, but not what most anyone else sees. This leaves the plaintiff without a stunning and memorable exhibit for the jury and allows the defense to question the seriousness of the alleged injury.

Enter diffusion tensor imaging (DTI)—a relatively new and more sophisticated MRI technique that gives a much more detailed look at the neural network of the brain. The DTI MRI creates its image from the random thermal movement of water molecules in the brain along white matter fiber tracts. A disturbance or absence of movement in the white matter fiber tracts suggests a TBI. The patient’s DTI MRI can be compared to control samples of individuals who have not endured a TBI. The areas of apparent disturbance within the brain can also be analyzed for association to the patient’s reported symptoms of cognitive deficits.

Interestingly, treating physicians do not typically order DTI MRIs because the confirmation of disturbance of the white matter in the brain does little to help the physician determine appropriate care for the patient. Medically speaking, the DTI MRI serves little to no functional purposes for diagnosis or treatment.

Consequently, a plaintiff’s attorney may retain a radiologist—preferably a neuroradiologist—as a consultant to order and interpret a DTI MRI. There are additional expert witnesses in this field who do the comparison of the plaintiff’s images to the control groups and also analyze the areas of most likely impact upon cognitive function. If the DTI MRI does not offer the hoped-for evidence of TBI, the odds are good that the defense will never learn about the DTI MRI or the engagement of these consultants.

But if the DTI MRI indicates abnormality in the plaintiff’s brain, the DTI MRI will become a major piece of the evidence of the alleged TBI.

Why should defense attorneys care about the DTI MRI? The answer is: juries. The DTI MRI is a very colorful and memorable image for jurors—particularly where the comparison of the plaintiff’s DTI MRI is a stark contrast to healthier examples of DTI MRI subjects. Whereas a healthy brain image may give the impression of robust brain activity, an unhealthy brain image depicting disturbed, limited, or no neural movement in the fiber tracts (i.e., no color or less color) may give a juror the impression that the plaintiff has suffered substantial brain damage.

Imagine plaintiff’s counsel giving an opening statement and introducing side-by-side photos of DTI MRI images as a preview of expert testimony to come. Members of the jury would be impressed from the outset of the case by what they saw on a screen before they had even heard from a medical professional. The same photos would be placed before the jury again during the case in chief, only for a longer amount of time, giving the jurors additional chances to form their impressions as experts explained the images. While it is not likely that the average juror could repeat an expert’s explanation of what a DTI MRI is or what it is supposed to depict, they would not forget the apparent impression that the plaintiff’s brain image did not look like the healthy brain image comparator.

There are means of undermining what the DTI MRI can really prove about an alleged TBI, but DTI MRIs and the experts interpreting them are holding up against reported Daubert challenges and motions in limine. The science behind the imaging is legitimate and reliable. It would be unwise for the defense bar to dismiss DTI MRIs and their interpretations as novel or junk science, since they have been introduced in courtrooms for well over a decade now. Instead, the defense bar must learn to manage this new evidence when it appears.

First, in addition to engaging a neuropsychologist and perhaps also a biomechanical expert, counsel should engage their own neuroradiologist consultant or testifying expert as soon as they become aware that a DTI MRI is part of the plaintiff’s TBI case. Often, qualified neuroradiologists who have experience interpreting DTI MRIs are found only in larger cities with research and teaching hospitals. These experts can be expensive. But finding such a person who is willing to assist is invaluable to helping an attorney become educated for discovery and for trial.

Second, defense attorneys can focus energy on criticizing the weight and reliability of the DTI MRI evidence rather than focusing solely on trying to exclude it.

•     There is rarely, if ever, a pre-TBI “before” image of the plaintiff’s brain for comparison. Without a comparison, it cannot be conclusively proven that the disturbance depicted in the DTI MRI was caused by the underlying accident.

•    The comparison of the plaintiff’s image to one, or more commonly, several, other DTI MRI images is an unfair one if the comparison subject or subjects are not a close match in all relevant respects—gender, age, right vs. left handedness, overall health, socioeconomic background, academic performance, intellectual testing, and social history. Those factors all matter, and any honest expert making a comparison between the images must admit this.

•     Finally, there is the possibility that the same strength of MRI Tesla magnet was not used on comparator MRIs. Expert witnesses are invaluable for identifying these weaknesses.

If you encounter DTI MRI in your next TBI case, take this evidence seriously, and do not underestimate its potential impact on jurors. Consult your defense counsel networks for expert witness referrals and educate yourself on the science behind DTI MRI. You will not regret working early to rebut this impactful part of the plaintiff’s TBI case.

Ben Robinson is a member of Wallace, Jordan, Ratliff & Brandt, LLC in Birmingham, Ala. brobinson@wallacejordan.com

Heather O’Neill is an executive specialist in the environmental group of Crum & Forster.  heather.oneill@cfins.com 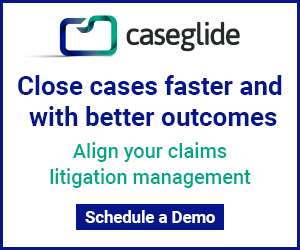 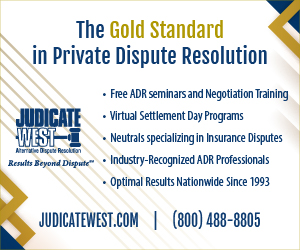