An insurer’s assessment of coverage often seeks to delineate coverage obligations by identifying both covered and non-covered claims in a written reservation of rights letter to its insured. There is no hard and fast rule or jurisdictional consensus on what the reservation letter must look like and contain in order to properly preserve the insurer’s coverage defenses.

Courts, however, continue to offer guidance and, in certain circumstances, have developed requirements obligating an insurer to proactively monitor and advance its coverage positions at various stages of the litigation process or risk losing its right to do so in a subsequent proceeding. Increasingly, courts are requiring the conveyance of specific information and direction to the insured regarding non-covered claims. This includes the utilization of special interrogatories that will answer coverage-determinative questions and allocate a judgment between covered and non-covered claims.

Before considering the “when” and “how” associated with the provision of special interrogatories, an insurer should first consider the nature of its coverage defense. Defenses that are not dependent upon evidence adduced in the underlying lawsuit will generally not warrant the need for special interrogatories or an allocation of damages. These defenses, which could include late notice and pre-policy knowledge of a loss, commonly result in coverage litigation unburdened by the evidence or finality of the underlying litigation.

Where the insurer’s indemnity obligation may rest on evidence presented in the underlying litigation, courts are increasingly requiring insurers—including, in some jurisdictions, excess insurers—to detail their coverage defenses in reservation letters. They must advise insureds of the availability and desirability of an allocated verdict and the potential conflict caused by the allocation issue. An insurer should first understand each specific jurisdiction’s requirements regarding these issues. Consideration should also be given to the growing number of jurisdictions taking more restrictive approaches to coverage reservations and the burden associated with damage allocation.

Requiring an insurer to notify its insured of the need for a damages allocation through the use of special interrogatories has its genesis in the Fifth Circuit Court of Appeals case, Duke v. Hoch. After a general verdict was rendered against the insured, a garnishment proceeding was commenced against the insurer seeking recovery of the verdict. The insurer satisfied its initial burden to demonstrate the existence of non-covered damages in the verdict, which shifted the burden to the insured to prove the precise portion of the unallocated verdict covered by the policy.

Despite concluding that the insured failed to meet its burden, the Duke court expressed concern with the relative impossibility and associated inequity caused by a post-verdict challenge to an unallocated verdict against the insured, whose defense was being controlled by the insurer under a reservation of rights. The court believed that the consequences to the insured (the total preclusion of coverage) were disproportionate to the risk to the insurer in requesting an allocated verdict.

Finding that the insurer’s assumption of the insured’s defense included an obligation to inform the insured of the need for a special verdict allocating damages, the Duke court relieved the insured of its burden to identify the covered portion of damages represented by the verdict. However, the Duke court did not require the insurer to indemnify the entire verdict, but rather left the issue of allocation to the trier of fact, whose decision would be based on evidence proffered by the parties. The initial burden, however, was on the insurer, which would be responsible for the entirety of the verdict if it was unable to carry its burden concerning which part of the verdict represents non-covered damages.

While some courts, including the Duke court, provide the insurer a post-verdict opportunity to allocate the damage award, others believe that this is a futile exercise due to the speculative and arbitrary nature of any argument that seeks to determine how the jury would have allocated an otherwise general, unallocated verdict.

The Duke case recognizes an insurer’s ability to discharge its responsibility relative to the allocation issue by notifying the insured of its interest in the form of the verdict. Thus, in situations where the insurer is controlling the defense, or, in some jurisdictions, simply monitoring the underlying litigation, the insurer should endeavor to communicate its coverage position with the requisite specificity dictated by the jurisdiction. This includes the availability and desirability of a special verdict.

While some jurisdictions do not require an insurer to take additional affirmative steps beyond notifying its insured of the need to allocate a verdict, others appear to advocate a more proactive approach that would interject the insurer into the pre-trial process. Examples include notifying the trial court of the need for special interrogatories and even seeking to intervene in the underlying litigation, if necessary. Of course, intervention in the underlying litigation raises a number of other fundamental considerations that are not explored in this article, including, most importantly, interjecting the potentially prejudicial existence of coverage for a defendant tortfeasor in the underlying litigation. Nevertheless, these cases demonstrate the insurer’s need to understand the jurisdiction’s specific requirements, which may extend beyond the mere timely disclosure of an allocation issue.

Insurers can take steps to create a record documenting its efforts to preserve the allocation of damages between covered and non-covered claims, including detailed communications to the insured evidencing the insurer’s desire for a special verdict. Properly documenting these efforts—including any opposition from the insured, its retained counsel, or the court relative to the provision of special interrogatories—will aid the insurer in preserving its coverage defenses.

Opioid use in the age of prescription abuse, misuse, diversion, and over-prescribing

Brandt W. Allen is a partner in the Chicago office of Traub Lieberman Straus & Shrewsberry. He can be reached at ballen@tlsslaw.com.

Jeffrey F. Chen is a senior claims specialist with AXIS Insurance Company. He can be reached at jeffrey.chen@axiscapital.com. 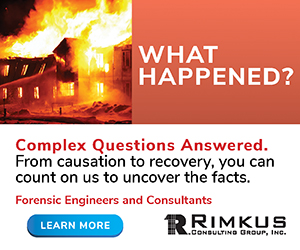