The Good and the Bad

Wrap policies solved many problems for insurers and construction professionals, but they remain an imperfect solution

Wrap policies have become popular over time because they do a very good job of solving a number of problems when it comes to both securing and administering insurance issues for large projects. Wrap policies are no longer new.

They started to show up in residential construction in the early 2000s and had been used for many years before that in large commercial projects. Wraps, of course, can cover multiple risks at a project and can incorporate general liability, workers’ compensation, builders’ risk, and even environmental risks. In order to keep this discussion somewhat on track and relatively succinct, we’ll stick to discussing the general liability aspects.

Sound risk-management practices dictate that risk be shifted to the party most able to manage it. In the case of obtaining insurance, the entity most able to secure coverage for a subcontractor is usually the subcontractor itself. Unfortunately, during the early 2000s, insurance companies had been taking a beating on subcontractors, especially in places like California, Nevada, and Colorado. This made it very expensive for some subcontractors to afford, or, in some cases even get, insurance. By putting everyone under a single policy, a wrap policy could ensure that all the subcontractors on the project actually had coverage.

A wrap may ensure everyone has coverage for the project, but the project itself may end up with far less coverage. Consider this scenario: A large project with 30 subcontractors is underway in a state with a 10-year statute of repose. If each of the subcontractors carries even $1 million per year in coverage ($2 million occurrence limits are becoming much more available and even common), then the GL coverage provided on behalf of the subcontractors could total $300 million. The wrap tower of coverage is not likely to be nearly that large.

Even more important to the available-limits issue is the fact that most wraps are written with defense costs within limits. Traditional policies have defense costs outside limits, leaving all of the limits available for resolution of the claim. While it is true that there may be no need for that much coverage, it does ensure that there are few, if any, scenarios imaginable where the entirety of the available coverage would be exhausted.

Getting to that coverage when needed is where the rubber meets the road. In a wrap, since everyone is insured under the same policy, getting decision-makers together should be much easier. Additionally, a wrap should avoid most of, if not all, the typical infighting that occurs between defendants in a construction-defect case.

Traditionally, plaintiff’s lawyers have been able to sit back and let the defendants make much of their case for them with all of the infighting and finger-pointing. Defendants in a lawsuit do not often act rationally. The plaintiff files its suit, which is like rolling a grenade into a room crowded with defendants. Sane, rational, and reasonable people would try to get away from the grenade as quickly as possible. Unfortunately, many defendants in traditional cases exert most of their energy trying to push others on top of the grenade. A wrap eliminates the need for individual self-protectionism. It no longer matters which construction entity is at fault; just that someone is at fault.

However, a wrap is still largely just a standard GL policy. Despite what some may think, they are not warranty policies and do not cover anything and everything that might go wrong with a project. First, most wraps do not cover any damage to the project itself during the course of construction. In a traditionally covered project, if one subcontractor damages the work of another subcontractor accidentally during the course of construction, coverage would likely exist. In a wrap, that same damage will likely be excluded.

Additionally, wrap coverages do nothing to eliminate coverage issues regarding occurrence, property damage, and some work-product issues. It is far from uncommon to see construction-defect claims that are little more than a massive punch list—or, worse, a wish list—of items that were never bargained for but currently desired.

What seems to be happening more and more is that a carrier reserves its rights on coverage issues, and the developer/general contractor, in order to protect itself and spread the risk of uncovered damages, files a third-party complaint against the subcontractors. In turn, the subcontractors claim that the third-party complaint creates conflicts and demand separate counsel under the policy. Needless to say, defending all of the construction entities separately under a policy where defense is within limits tends to burn the limits of the policy pretty quickly, reducing funds available to resolve the claim for everyone. To a large degree, this eliminates many of the benefits that were supposed to go along with a wrap.

Making matters worse, a declaratory judgment action would do little to resolve the issues since many courts will simply put the coverage matters on hold until the underlying liability case is resolved. While that approach can be a hindrance, it might actually be beneficial in a wrap scenario. In order to retain the maximum available limits, it would be helpful if all of the parties could agree to put the coverage issues on hold until it is clear whether or not there will be an actual need for the coverage fight. Carriers should not have to give up their coverage arguments, and developers should not have to give up their indemnity rights, especially in matters where there are coverage concerns. And no one involved in the wrap should face potential risks of excess verdicts because of needless defense costs. 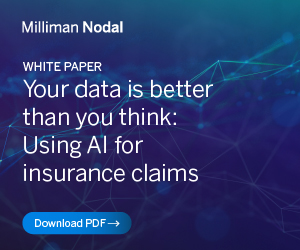