The future is now when it comes to using genomic science in litigation.

In toxic tort litigation, the use of genetic evidence offers potential rewards for both plaintiffs and defendants. But there are important factors to consider when leveraging the rapidly evolving field of genomic science in litigation—including the possibility that the results could bolster your opponent’s case.

Toxic tort litigation involves a plaintiff who alleges he suffered an injury as a result of an exposure to a toxic substance. These cases typically hinge on whether the plaintiff meets the burden of proving proximate cause.

But courtrooms are lagging behind advancements in genetic science that promise to be powerful tools in proving or debunking causation in complex exposure cases. To be sure, courts are familiar with genetic evidence—like DNA, genetic evidence has been routinely introduced since the mid-1980s, and its admissibility in early years faced similar pushback from courts as being a novel science.

Over time, DNA evidence transformed the criminal justice system. It is critical in identifying the true perpetrator of a crime, and it is asserted as grounds for re-trying criminal cases and for exonerating wrongly convicted individuals. Outside of the criminal arena, courts regularly order DNA testing in paternity disputes. This type of genetic evidence also can be critical in contested inheritance cases.

Genomic science is now capable of isolating genes and gene mutations that cause certain conditions or diseases. With constant technological advances, genetic testing is more accessible at lower costs and higher speeds than ever before. Genomic evidence has the potential to be the new weapon in mass tort litigation.

Applying Genetic Science to the Litigation

Genetic evidence can be useful for all parties in toxic tort litigation. In addition to the ordinary epidemiologist, plaintiffs may use geneticists to bolster their causation proofs by introducing evidence of genetic susceptibility. For example, a genetic test that shows a person having a mutated CYP2E1 gene may indicate his susceptibility to benzene’s toxic effects. Where there is clear evidence of exposure, this could be fatal to the defense. Plaintiffs have also attempted to introduce synergy theories when genetic testing shows a person having a genetic predisposition to the alleged injury. Exposure to a toxic substance may heighten the already increased risk of developing a disease for an individual carrying a predisposing genetic variant, like BRCA1.

The defense should articulate that a genetic predisposition is no more dispositive than risk ratios. That is, individuals with a mutated gene are only members of a genetic subpopulation, and any relative risk associated with membership in this class does not translate to particularized or individualized causation. Furthermore, defendants may challenge synergy theories for failing to offer anything more than mere conjecture.

Genetics will also be subject to Daubert and Rye challenges prior to trial in toxic tort cases. An expert must consider all possible causes before coming to her conclusion. Genetics are one possible cause of, or gateway to, disease. If an epidemiologist rules in exposure to an alleged toxin but fails to rule in genetics, the expert’s method is clearly unreliable. Without appropriately ruling in genetics, the expert is incapable of ruling out genetics as a cause. Defense attorneys should routinely check whether plaintiffs’ experts adequately consider genetics before opining that genes played no role in causing the disease.

If the plaintiff did not submit to genetic testing for his own case theory, defendants can request such testing during discovery under Federal Rule of Civil Procedure 35, or your state equivalent. Genetic testing, in many cases, can be done by taking a saliva swab or drawing blood rather than an invasive or painful procedure. So long as the plaintiff put his health at issue, genetic testing should be permitted during discovery as it may produce highly probative evidence of causation. Defendants should argue that the plaintiff’s genes, rather than the alleged exposure, are the actual cause. In the alternative, genetic testing may expose the absence of necessary “cause and effect” biomarkers. The presence or absence of these biomarkers may ultimately implicate the alleged toxin, or some alternative cause, in the plaintiff’s disease.

Although genetic testing has potential for high rewards, there are also high risks associated with receiving unfavorable results from the tests. Bringing up genetics as an alternative cause opens the door for plaintiffs to argue that they are genetically susceptible to the disease. Any risk plaintiffs can bring up at trial in combination with the alleged exposure may assist plaintiffs in meeting their burden. Moreover, if certain biomarkers of effect are present in the results, then plaintiffs will surely use that “smoking gun” as qualitative evidence that the alleged toxin caused the injuries. Regardless of the potential risks involved, genetic evidence may provide a clearer explanation of the actual cause of injury.

Current State of Genomic Science in the Courtroom

As we indicated earlier, genomic evidence is no stranger to the courtroom. Since the early 2000s, litigants have sought to use genetics as support for causation theories in products liability, toxic tort, and vaccination cases. Genetic evidence is utilized as an alternative cause to show susceptibility to toxic effect, and to show the presence or absence of biomarkers of exposure and/or effect.

The most prominent advocate of using genetics as an alternative cause is the United States government in defending claims under the Childhood Vaccine Injury Act of 1986 (such as in Hopkins v. Sec’y of HHS, Deribeaux v. Sec’y of HHS, and Snyder v. Sec’y of HHS). In Snyder, the plaintiffs brought claims under the Vaccine Act, 42 U.S.C. § 300aa-1 - 300aa-34, alleging that they suffered from Severe Myoclonic Epilepsy of Infancy (SMEI) as a result of receiving the DTaP vaccine. The plaintiffs submitted to genetic testing, which identified a mutated SCNIA gene in each child. Compensation was denied after experts stated the SCNIA gene mutation identified in each plaintiff was the sole cause of their seizure disorders.

After the tests were done, the plaintiffs’ own experts admitted that Benlate by itself did not cause the genetic mutation. Some argued Benlate acted together with the gene mutation to cause the condition. However, because the experts were not qualified in the areas of teratology or toxicology, the court excluded their testimony. As a result, the court granted the defendants’ motion for summary judgment.

In 2009, the Eighth Circuit dealt with genetic testing in In re Prempro Products Liability Litigation. In that case, the plaintiffs argued that their use of hormone replacement therapies resulted in breast cancer. Those therapies had been linked to an increased risk of breast cancer, but a number of genetic variations, including the notable BRCA1 and BRCA2 genes, are associated with varying degrees of heightened risk of breast cancer. The defense argued that the expert wholly failed to consider genetic causes, like family history of breast cancer and other risk factors. However, because the plaintiffs submitted to every available genetic test and each came back negative for the most common breast cancer genes, the court affirmed the decision.

Aside from its use in alternative causation theories, genetic evidence is utilized by plaintiffs who argue they are part of a class of people with a heightened risk of injury due to their genetic makeup. Recently, plaintiffs involved in talc litigation asserted that they belong to a class of a particular genotype that has a heightened risk of developing ovarian cancer. The individuals claimed they were genetically susceptible to developing ovarian cancer after exposure to talc. The theory was flawed because talc has yet to be conclusively linked to causing ovarian cancer. Thus, defendants argued, alleged exposure to talc could not have a synergistic effect.

Certain diseases, referred to as “signature diseases,” easily and notably implicate their cause. Asbestosis, for example, is caused by exposure to asbestos. Other conditions, however, may have numerous potential causes or may fall into the category of diseases with no known cause.

Based on those figures, he concluded that the plaintiff’s smoking did not increase the risk beyond the already heightened risk posed by asbestos exposure alone. He stated that smoking and asbestos exposure had an additive effect, but not a synergistic effect. Finally, an anatomic pathologist testified about the genetic characteristics of the plaintiff’s tissue samples. Mutations in the p53 and k-ras cancer suppressor genes are common characteristics of normal smoking-related changes. The plaintiff lacked those specific mutations. The pathologist opined that his testing revealed no pathological or biochemical evidence of an effect from smoking. Ultimately, he concluded that the plaintiff’s lung cancer was caused by occupational exposure to asbestos. A jury found for the defendants.

While recorded opinions discussing genetic evidence are few right now, the use of genetics is important to consider in a variety of practice areas. Pharmaceutical companies include genetic information on their labeling for certain drugs. Physicians should consider genetics when prescribing medications or determining treatment plans. Malpractice attorneys may find genetic based arguments in suits against doctors for failure to diagnose or negligent care. Labor lawyers may consider genetics when informing clients of legal risks associated with certain workplace conditions or chemicals. Product liability defendants should utilize genetics to determine whether a duty to warn even arises with various plaintiffs who may have a genetic predisposition to certain diseases or conditions. Litigation regarding food borne illnesses should utilize genetic evidence to pinpoint the cause of outbreaks.

Clearly, genetic evidence is not something to put on the back burner. The potential rewards associated with genetic evidence are overwhelming for plaintiffs and defendants, bearing in mind the risk that opening the door to genetic evidence may help your opponent. Consulting with experts who specialize in genetics can help to determine what genetic information is relevant and the best course of action in bringing or defending lawsuits.

D. Patterson Gloor is a shareholder at Johnson & Bell, Ltd. He can be reached at gloorp@jbltd.com

Jeremy Burton handles environmental and mass tort claims at CNA Insurance. He can be reached at  jeremy.burton@cna.com 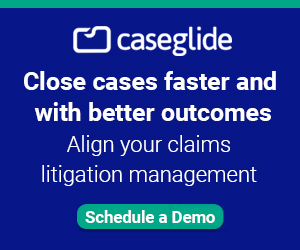