Doing More with Less in the New Age of Detection

Investigators must learn how to be more effective in an environment of cost-cutting and consolidation.

The insurance industry has always been one with cyclical trends. When one insurance carrier begins a new movement or concept, it is quickly followed by others. This fact, combined with the new economic reality of the Great Recession, has caused insurance carriers across the U.S. to cut payrolls, consolidate offices, and dramatically slash budgets. All of this is being done in the same era when the reality of the marketplace and insurance-related litigation are all demanding insurance companies adhere to ever higher standards. Bad faith litigation and the accompanying higher verdicts are on the increase across the nation.

The fact that insurance carriers have cut budgets, trimmed staff, and consolidated personnel into much larger service centers also is not lost on those who desire to commit insurance fraud. Whether by individuals or fraud ring operations, we are being “watched” and evaluated by those who are seeking to commit fraud. The economic reality is that there also are more people willing to commit insurance fraud today than ever before. Recent major studies have shown that one of the biggest factors contributing to the increase in insurance fraud is that more people believe they can get away with it because insurance companies will not catch them.

While those of us in this profession often joke about how truly foolish some insurance fraud claimants may appear, the reality is that many are extremely sophisticated and follow our industry trends very closely. At a recent conference, a presentation was made about a major insurance fraud ring that scammed millions of dollars in fire loss claims. The claimants had done extensive amounts of research to determine which companies would investigate claims and which did not even have personnel in the local area and would simply adjust the claim remotely or through third parties. This particular group went so far as to target a new agent within one company, assuming she would be inexperienced. Fortunately for the company, they were wrong.

There is simply no reason to debate whether insurance budget cutting and staff consolidation is right or wrong. Regardless of your opinion, it is reality in our industry today and one many of us in our professional careers will face for all, or the majority, of our work-life expectancy. Those who have been doing insurance claims and investigative work even for less than two decades will remember the age when many insurance companies had local drive-in claims offices and multiline branches in most major cities. Oftentimes in larger cities, these offices were at multiple locations. Drive around now and you will find virtually all of those former insurance claims service centers either occupied by new businesses or with a “For Lease” sign out front. Our industry has changed, and although someday it may well return to local claims handling as a best practice, it won’t be in the foreseeable future.

Those of us who are called upon to investigate fraud must learn very quickly how to do more and be extremely effective in this new cost-cutting and consolidation environment. It can be done, but it may not be easy. Fortunately, there are new and more abundant resources and tools available to assist us than at any point in the entire history of our profession.

One of the major trends that made possible the consolidation of insurance claims services into large mega service centers has been the explosion of electronic communication and data sharing. Whether you are in claims, underwriting, or investigations, today our office is truly our laptop, tablet, or smartphone. How we use these tools is the key to our modern-day success.

The ability to do full background checks through online services and even do an old-fashioned neighborhood canvas by searching databases for addresses and phone numbers has made basic claims investigations much easier and quicker. In this era of slashed budgets, an investigator can use free online services such as Google Earth to literally look up and down the street of a residence or commercial property to determine the condition of the surrounding neighborhood with nothing more than a few simple keystrokes. Multiple residential and commercial real estate websites allow us the opportunity to secure pre-loss photographs of buildings or homes that have been either recently purchased by insureds or placed for sale by policyholders prior to the loss occurrence. Many of these websites offer full exterior photos as well as interior photographs that may include evidence of pre-existing damage. These sites also frequently offer video tours of the currently destroyed property, which are of benefit to investigators, adjusters, and experts in determining pre-loss condition and contents.

The ability to use other electronic tools, such as searches of Craigslist for allegedly lost or stolen property, can be extremely valuable. Several years ago, our firm was involved in a substantial loss of landscaping tools allegedly stolen from a company’s truck. Hundreds of miles away, the SIU investigator was able to locate the website for the insured company, which contained a photograph of the truck and the company’s phone number. By simply searching the same phone number, the SIU investigator found a Craigslist posting advertising all of the tools for sale and advising that the insured intended to close the business and move out of state. The night before the reported loss, the Craigslist posting had been taken down by its author. At the EUO, the insured denied ever attempting to sell the tools as well as any plans to close the business or relocate. When confronted with the electronic evidence secured by the SIU investigator, the claim was withdrawn, and, ultimately, it was confirmed the tools had been sold the day before they were reported stolen.

If you attend any insurance seminar across the country today, almost every program includes a presentation on social media. The ability of SIU investigators to use services such as Facebook, Twitter, and LinkedIn provides a goldmine of information and data. Information ranging from incriminating postings made on social media sites to identification of connections between claimants, lawyers, medical providers, and others engaged in fraud is now literally at our fingertips. Many sociologists are calling the advent of social media and the ability to communicate instantly with anyone throughout the entire globe as being the third-most significant development in mankind’s history, with the two preceding being the invention of the printing press and the Industrial Revolution.

Those of us in insurance claims investigations have always relied upon the theory of people needing to tell someone about their actions, and social media has become the most common way today for people to do so. Good investigators are becoming aware of the need to ask in the initial recorded statement for a claimant to identify all social media networks for which they have any membership or profiles and to also identify all equipment from smartphones through tablets, laptops, and computers upon which they engage in the sharing of any electronic data or information. Unfortunately, insurance policies and authorizations are not keeping up with giving fair notice to claimants of the duty to cooperate and provide access to electronic data and social media communications as a relevant part of insurance claims investigations.

Our job as investigators also is easier when it comes to tracking a person’s location at and leading up to the time of a loss. Most cameras and smartphones are now equipped with geotagging, which allows investigators to pinpoint within approximately 15 feet the exact location where a photograph was taken through the use of EXIF data embedded in the photograph. Some smartphones automatically include a geographic map that shows, through the placement of “pins,” where every single photograph was taken. If a person claims they were at a given location on a certain date, this can be verified if they used their smartphone or similar device to take any photographs on that date, provided the EXIF data is included in the photograph file. This also is an important tool in determining exactly when photographs of scheduled jewelry items or other personal property were actually taken by a claimant and where those photographs were taken.

Geotagging also has been successfully utilized in a number of auto body claims. In one instance, photos of an allegedly damaged vehicle were taken before the accident occurred and at a completely different location from where the accident took place.

While all of these new tools can truly help us do more with less in this new economic reality, we also face the challenge of only having 24 hours in any given day. Insurance professionals are working longer hours and often on weekends. Investigators remain some of the most diligent and hard-working staff members of any insurance carrier and are often drawn to this profession because of their commitment to finding the truth and battling against fraud.

There are fewer of us in today’s economy than before, and we now have fewer financial resources available for our use. The reality, however, is that if we think smarter and use the new electronic tools available to us, we truly can achieve great results even in an era of budget cuts. We just have to be willing to work smarter and use the wealth of new resources and technology that are only a click away. 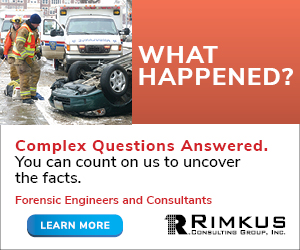