What’s behind the increasing reports of Legionella outbreaks?

Since its discovery in 1976 following an outbreak at a Philadelphia hotel hosting a namesake conference for the American Legion, Legionnaires’ disease has garnered national attention from the general public and stakeholders, including building owners, facility operators, medical professionals, risk managers, insurers, and attorneys.

Outbreaks of Legionnaires’ disease frequently make headlines in part due to high-dollar demands or settlements ranging from hundreds of thousands to millions of dollars. Defendants face damage to reputation, loss of future business, and costly litigation. Within the past year, news coverage of Legionnaires’ disease has implicated a casino resort in Las Vegas, a hotel in the UK, a VA hospital in Illinois, federal buildings in Canada, and the municipal water system in Flint, Michigan. Often, such claims are brought absent conclusive clinical and environmental evidence linking an individual’s disease with the alleged site of exposure. Claims often proceed based solely on circumstantial evidence, such as travel history for the two weeks prior to symptoms onset (the incubation period).

Legionella in the Environment

Legionella is a genus of rod-shaped (bacilli) bacteria with at least 58 known species, of which 20 species are known to potentially cause disease in humans. One species, Legionella pneumophila, is thought to be responsible for up to 90 percent of respiratory infections caused by all Legionella bacteria.

There are two types of diseases attributed to Legionella bacteria: Pontiac fever and Legionnaires’ disease. Collectively, these two adverse health outcomes are termed Legionellosis. Pontiac fever is a mild flu-like illness that is non-lethal. It is thought to be medically undiagnosed and resolves without antibiotic therapy. Legionnaires’ disease is a more severe form of Legionellosis that results in pneumonia and is potentially fatal. Fewer than five percent of people exposed to Legionella develop Legionnaires’ disease, and the Center for Disease Control and Prevention (CDC) estimates that up to 10 percent of these cases result in death. However, the death rate may be as high as 50 percent for susceptible populations, including the elderly or immune compromised, especially when diagnosis or antibiotic treatment is delayed.

In the U.S. during 2017, there were about 6,100 cases of Legionellosis reported to the CDC, and it is estimated that the true incidence may have been much higher. Since 2000, the number of cases reported annually has trended upward. It is unclear whether this trend is due to broader hazard awareness, improved clinical diagnostic testing, increased case reporting, or the greater susceptibility of an aging demographic.

The most commonly used test to rapidly diagnose an individual with Legionnaires’ disease is by performing a urinary antigen test. Urinary antigen tests can only detect Legionella pneumophila serogroup 1 (Lp1), and they do not allow for molecular comparison to environmental isolates. A more technically difficult test that is also performed is a culture analysis of lower respiratory secretions, lung tissue, or pleural fluid. Culture analysis can detect all species and serogroups of Legionella, and can be compared to clinical and environmental isolates. The CDC recommends using the culture and urinary antigen tests in combination.

The best way to reduce potential risk and build a prevention program is to follow best practices, such as developing procedures to anticipate where potential Legionella hazards exist; creating processes to evaluate and manage high-risk building water systems; employing monitoring systems to recognize when Legionella proliferation conditions are occurring; and being prepared to respond promptly to situations where Legionella proliferation is identified or when control measures are out of range.

A variety of regulations and standards exist to provide guidance when developing site-specific best practices. Notable guidance recently published by the American Society of Heating, Refrigerating, and Air-Conditioning Engineers (ASHRAE) and approved by the American National Standards Institute (ANSI) in 2015—and updated in 2018—is Standard 188, “Legionellosis: Risk Management for Building Water Systems.” In June 2017, the CDC published an online toolkit that provides a simplified, seven-step process based on key elements of the ASHRAE Standard 188. These steps include:

3. Identify areas where Legionella could grow and spread.

4. Decide where control measures should be applied and how to monitor them.

5. Establish ways to intervene when control limits are not met.

6. Make sure the program is running as designed and is effective.

7. Document and communicate all activities.

Increased attention to Legionella hazards requires risk managers to reconsider water-management practices for their facilities. While health care and other facilities with at-risk populations are mandated to develop water-management programs, other types of facilities are also at risk. Considering the spike in reported incidences of Legionellosis and the accompanying media attention and litigation that it has attracted, risk managers for facilities that have less at-risk populations—but have centralized domestic hot water systems, pools and spas, decorative water features, or cooling towers—may also consider implementing a water-management program using best-practices guidelines. 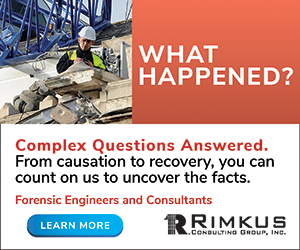