Social Media: What You’re Doing Wrong and How to Fix It

The question is not how to adapt, but rather how to thrive and utilize social media technology.

Is social media a fad or the biggest shift in society since the Industrial Revolution?” That was the question that flashed on the screen at a recent insurance conference in Washington, D.C.

Consider the impact of social media in the context of being more than the latest novelty in communications. Its impact on our society is worth deeper analysis and may be much more far-reaching than we comprehend today.

Most of us use—or at least are aware of the phenomenon of—social media. Even those from an older generation who may not fully understand its implications recognize, at least on some level, its impact on our society. Today’s leading social media sites, such as Facebook, Twitter, and LinkedIn, may eventually fade away as technology and newer trends evolve, but the basic concept is here to stay.

To understand the impact of social media, we must first consider a historical perspective. To reach 50 million users, the medium of radio required 38 years. Television required 13 years, while the Internet only four. In comparison, Facebook reached 100 million users in less than nine months. If it were a country, Facebook would be the fourth largest in the world.

We are truly in a new era of communication, and the question for those of us who handle insurance claims is not how we adapt, but rather how we thrive and utilize this new technology to investigate claims and battle against insurance fraud. To date, we have not done a very good job of keeping up with new trends or understanding how to use new avenues to our strategic advantage.

The value of social media as an insurance investigative tool is unequalled in recent history. It affects all aspects of the insurance industry, including how agents market and secure policies, underwriting, and especially how we investigate insurance claims. The adage “everyone wants to tell everything to everybody,” remains true. Think of the person who tells you their life story while sitting next to you on an airplane, only because they know they will never see you again. In today’s era of communication, the way people are telling things they would not ordinarily say is via social media postings. Therein lies a wealth of information.

We have seen both fire and theft claims withdrawn when in an examination under oath (EUO), the claimant is shown incriminating postings found on Facebook.

In one case, an Internet posting by the teenage son of a business owner on the morning of a building fire led to a petition being filed to compel the son’s testimony. The business owner refused to allow his son to testify, since he was not an insured on the commercial policy.

While legally correct, the judge ruled that sufficient concern existed in the social media posting to grant the insurer’s petition compelling the son to testify and ordering the insurer not to make any coverage decisions until the son complied. While rare, these are the first bold steps in creating new insurance law for the electronic era.

Utilizing social media effectively begins before the claim occurs. ISO and other similar organizations, including insurers themselves, are just beginning to consider what policy provisions need to be updated, added, or eliminated to comport with the electronic era.

Making changes to the policy contract is only the beginning, though. It will take decades for courts to fully address and interpret the changes that we are only beginning to consider today. By comparison, we have more than a century of case law interpreting policy terms, conditions, duties, and exclusions. In the time it takes most lawsuits to go from filing to resolution, social media sites will add more users than the entire populations of the U.S. and Canada combined. By the time current law has any chance of catching up, we may well be onto the next and newest form of electronic communication.

The reality is, however, that everything from the policy application process through the issuance or renewal of policies and the provisions contained in the written contract of insurance are changing at a greater pace than ever before in the insurance industry.

Consider whether your company has updated its policy language to include in the duty-to-cooperate provisions even the most basic of steps, such as providing electronic data, retrieval of information from computers, and providing access to electronic communications, including texts or social media postings. Most claims investigation authorization forms are outdated and do not include specific references to allow access to social media postings, electronic communications, and retrieval of electronic data.

In an abundance of caution, carriers should include authorization to access public social media postings and the duty of the claimant to provide access to private postings that may be relevant to the investigation. It is easier to change these types of authorization and claims forms than to undertake the rewriting of the insurance policy, which may require many layers of corporate review and state insurance department approval.

These same investigative updates need to be considered in matters as simple as taking recorded statements. When statements are taken, are your investigators routinely asking the right questions of both claimants and witnesses? This includes asking if any texts were sent, postings made, or photos taken at or around the time of the incident concerning the occurrence of the claim.

In a recent case, incriminating text messages sent in the minutes before a fire were successfully retrieved. On another claim, cell-phone pictures taken the night before a fire were discovered that showed the claimant went room-by-room photographing all contents, including the interiors of drawers and closets. Adjusters, investigators, and attorneys taking statements should secure as part of background information contact data, including email addresses, and identify information for accounts on social media sites.

An entire new industry exists to assist the insurance industry in the age of social media. While SIU or claims teams may not have the time, resources, or ability to monitor a claimant’s social media postings 24/7, there are companies that do so for a fee. These companies will monitor primary, secondary, and even obscure social media sites, blogs, and forums tracking specific individuals by their email addresses or user names. Even if a post is made and immediately removed or altered, these companies are often able to image the site and preserve the posting for later use in an investigation or litigation.

Many companies also provide background checks and reviews of the social media postings of potential jurors before they are seated for trial. Attorneys provide the court-issued jury questionnaires giving these companies sufficient data to locate, analyze, and report any incriminating comments or evidence of bias a potential juror may not otherwise candidly disclose. They also will monitor juror postings during and after the trial to identify actions in violation of the judge’s instructions. After the verdict is read and jurors are released from service, they might post candid comments about the case, witnesses, parties, or attorneys in the trial. Even if you are not using these services, it is crucial to be aware that your opponent may be doing so.

As part of an insurance investigation, also ask whether social media or electronic postings have been altered or deleted relative to the claim. You should specifically question use of services such as Reputation.com, Reputation Builders, and other similar services that promise to “clean up” a person’s social media or electronic postings. While this may be done for employment purposes, it also affords a potentially fraudulent claimant the ability to erase something that they wish they had never posted. These are the types of simple questions many fail to ask because they do not keep up with technology.

The duty also rests on investigative attorneys to be well versed in all forms of new electronic communication and cover these fully when questioning witnesses in both EUOs and depositions. Once a claim enters litigation, the insurance company and counsel have many more “tools” available to secure valuable electronic information. Many companies in today’s emerging social media and electronic communications fields will not release information, even with a signed authorization. Cell phone companies and social media sites are equally concerned about privacy issues and frequently require subpoenas for release of records.

Written discovery, whether interrogatories or requests to produce, must also be updated to address new areas of communication. Background identification questions should be modified to include email addresses and social media identifiers as routinely as mailing addresses or telephone numbers. Specific questions based on the facts of the case should be included relevant to social media, electronic, cell phone or other emerging forms of communication. Even the mostly ignored definition section of written discovery should be updated to include terms such as “social media,” “text messages” or “electronic communications.” You may want to include written instructions detailing the steps required to gain access to and produce a complete copy of a respondent’s social media site archive.

Attorneys and insurance companies need to be aware of the new area emerging regarding admissibility of social media evidence at trial. In the same manner that debate raged a generation ago over whether photocopies were admissible in lieu of originals, battles are being fought today concerning electronic communications. Questions arise about what constitutes the original of a social media posting or if the posting is admissible at all if you prove it is from the person’s account, but they deny it is their posting. Courts are sorting out these issues to decide whether evidence should be admitted, excluded, or admitted subject to potential impeachment or rehabilitation by the person claiming they did not actually make the posting.

The insurance industry has never been known to move forward rapidly or adapt quickly to change. The social media revolution is here and will remain for most of our work-life expectancies. Fifteen years ago, we would have thought the idea absurd of emailing information concerning a claim or lawsuit. Today, most insurers are moving toward email as the primary method of communication concerning policy issues and claims. While those from a generation raised on letters sent via U.S. mail and telephone calls may find this technology daunting, the reality is that they will soon be replaced by a new generation being raised on social media and which already finds email outdated. The generation which prefers texting and tweeting over emails will replace today’s adjusters and investigators in the workplace. The reality of the first “tweeted claim” is not something in the future; it’s already happening.

The new reality of social media is here, and it may be the largest societal shift in more than a century. How we use this technology will define whether we stay ahead in the battle against insurance fraud or allow time and technology to pass us by. The future is now, and we must face the challenge to adapt or be left behind.

Matthew J. Smith is founder and president of the CLM member firm of Smith, Rolfes & Skavdahl Co., LPA. He is also a member of CLM’s insurance fraud committee and can be reached at (513) 579-0080, msmith@smithrolfes.com. 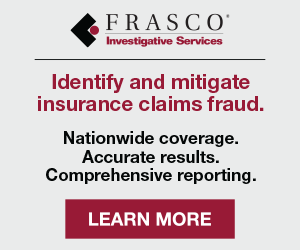 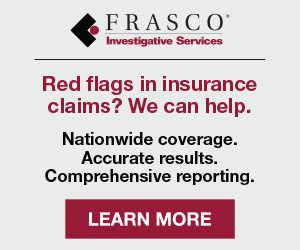