Workers compensation systems within each state were set up as the exclusive remedy for work injuries. As part of that system, employees generally give up the right to sue their employers in tort (such as for negligence), and they instead receive workers compensation benefits for work injuries or occupational diseases that arise out of and in the course of their employment, where fault becomes largely irrelevant.

Along similar lines, if the injured worker is kept out of work entirely by the authorized treating physician (or the employer cannot accommodate the temporary work restrictions by placing the worker in another job), then TTD benefits would apply and compensate an injured employee for that temporary loss of his entire wage-earning capability.

However, once an injured worker’s recovery period ends (typically when the worker reaches maximum medical improvement, as specified by a physician), then the disability classification will shift from a temporary disability to a permanent disability.

PPD benefits, as opposed to PTD benefits or permanent loss of earning capacity (or a 100 percent vocational disability), are meant to compensate injured workers with some degree of a permanent impairment, limitation, or disability. Permanent disability is evaluated as of their maximum medical improvement date. Maximum medical improvement is often, but not always, the starting point or trigger for stopping TPD or TTD and starting PPD benefits.

Given the variance between the respective states’ laws, it’s important to have a working understanding of the different methods or disability classifications used to evaluate or award PPD benefits. Some methods look at specific body parts injured (scheduled member injuries) and award benefits based on an impairment, loss of use, or total loss as to same, while other methods (non-scheduled or body as a whole) center on lost earning capacity or a vocational disability.

With permanent injuries to specific body parts, many states use a “schedule” of benefits that delineates a set number of total possible weeks that could be awarded for that body part. The schedule lists specific body parts, such as the hand, foot, leg, arm, or eye, as well as a combination of differing body parts. For each body part under the schedule, an injured worker is provided with a possible maximum number of weeks of compensation, where an ultimate award can range from a percentage of the total number of weeks for loss of use of that scheduled body part, all the way up to the maximum number of weeks set aside for a total loss of that body part.

For example, Alabama Code §25-5-57(a)(3)a.12 specifies that the weekly PPD compensation (66.6 percent of the average weekly wage) for loss of use of a hand shall be based on the extent of the disability, going up to a maximum of 170 weeks. A 10 percent loss of use of the hand would, therefore, equal 17 weeks.

With certain injuries, like spinal, shoulder, hip, or inhalation exposure injuries or occupational diseases, the scheduled member disability method does not apply. Instead, each state follows its own method to deal with these types of PPD body as a whole or non-scheduled disabilities.

An impairment-based approach is used by some states to calculate PPD benefits. The percentage impairment rating, as calculated by a doctor, is used to determine the number of weeks of benefits an injury is worth. However, the physician’s calculation of the applicable degree of impairment may vary between doctors or other medical providers, such as physical therapists who are hired to calculate impairment ratings. This, no doubt, creates uncertainty that must be addressed by each state’s finder of fact or judge who ultimately rules on the case.

The downside of the impairment-based approach is that it disregards any impact the injury or impairment has on a worker’s future ability to earn. This can cut both ways for employers. For example, some work injuries may not impact an individual’s work capabilities or earnings at all, but the impairment approach still results in what could be considered a windfall PPD award. Conversely, what may be a minor injury to most workers could end up significantly impacting a specific injured worker’s ability to earn money, where the impairment-based approach does not fairly compensate the injured worker.

Another approach, the wage-loss method, awards benefits based on actual wage loss as an effort to fairly compensate the injured worker. However, this method incentivizes some employees away from quickly returning to work and invites malingering or exaggeration of the alleged injuries.

The bifurcated method, meanwhile, is a mixture of the previously discussed methods used by some states. When an employee is at maximum medical improvement and is still earning the same as he was (or more) on the date of injury, the impairment-based method is utilized. Alternatively, when an injured worker is unable to work or has a significant decrease in his earning capacity, the loss of earning capacity approach is utilized.

Lastly, PTD benefits generally are geared toward compensating injured workers for the permanent loss of their ability to earn, as defined and addressed by the respective states. PTD benefits are paid to workers who are unable to work because of a work-related injury or illness. The length of time these benefits are paid vary from state to state and may extend as far as the life of the injured worker.

These various methods of evaluating disability, once understood by the type of method or classification, will help manage expectations as to what claims may be worth in a particular state and provide an explanation as to why similar injuries and claims in a different state may be worth much less or much more. Knowing the ground level reality in a certain state will help project costs and lead to more efficient and realistic outcomes. Of course, you should always call your attorney to discuss each individual state’s workers compensation system. 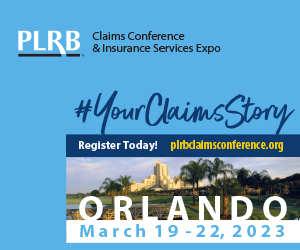