"Is there systemic racism in the insurance industry? I have to say, yes,” said CLM CEO Anne Blume to kick off the association’s recent virtual event, “Systemic Racism Through the Insurance Lens; How Do We Affect Real Change?” Blume then promised this would no longer be tolerated, and she reaffirmed CLM’s dedication to its diversity commitment, which acknowledges that “achieving diversity, inclusion, and equity is an evolutionary process that requires a continued renewal.”

The event, held on Nov. 18, 2020, was the association’s first town hall on systemic racism, and it was the first of a three-part series on diversity in the insurance industry. The event was the culmination of efforts from CLM’s Diversity and Inclusion Committee.

Rebekah Ratliff, mediator and arbitrator with JAMS, served as moderator for the evening and acknowledged that systemic racism is not an easy topic to discuss, adding that people should be given “permission to be uncomfortable.” Ratliff then turned to Karan Ferrell-Rhodes, CEO of Shockingly Different Leadership, for help defining systemic racism.

Ferrell-Rhodes defined systemic racism by first defining what it is not. It is not, she explained, “personal attitudes and opinions that just require someone to be educated differently.” That may be racism, but it is not systemic racism. Systemic racism is much larger and refers to the systems in place that perpetuate racial injustice. These systems have evolved over time, and although they are not necessarily supported with ill intent, the effect is still the same. They disadvantage people of color, affecting every aspect of life: where a person lives, their quality of education, their acquired wealth, and their access to health care, to name a few.

“The insurance industry is not insulated from these systems that perpetuate injustice,” Ratliff explained. Insurance premiums are directly tied to a person’s zip code, and neighborhoods of color are quoted higher premiums than their white counterparts. This disparity is compounded by the fact that, due to racist systems such as redlining, insufficient education, and a lack of capital, people of color attempting to relocate face tremendous obstacles.

James Bynoe, chief claims counsel at Intact Insurance Specialty Solutions, explained that hiring practices in insurance and other industries also prop up discriminatory systems. A 2019 study published in the Harvard Business Review examined ways that hiring processes are a barrier to people of color. As Bynoe noted, the study found that if people of color “whitened their resume by removing any indicia of ethnicity [or] minority organizations,” they had a better chance of moving forward in the hiring process. Systemic racism forces people of color to decide between pursuing their career and standing proud in their identity.

Experiences like Woodard’s, Ratliff explained, are features of racist systems. The brief exchange between Woodard and the claims manager was subtle, and the implications may or may not have been intentional. However, under the surface there was a presumption that, no matter his achievements or perfect score, Woodard was unqualified for his role.

Due to a lack of diversity in the workplace, people of color must often navigate these kinds of biases alone. Dwight Geddes, owner of Metro Claims & Risk Mgmt, admitted that he had no mentor and “took [his] fair share of lumps coming up in the industry.” Geddes now goes out of his way to mentor young professionals of color. He recommends that his mentees learn as much as they can in their roles, so that when they experience racial barriers, they can transfer the knowledge they have gained to other positions or to other companies.

As well as individual efforts, there are also organizations that work to encourage diversity. Bynoe volunteered with an organization that performs outreach to middle school students. Ratliff mentioned a forthcoming partnership between CLM and Historically Black Colleges and Universities’ Insurance Mentoring Program Advance Career Track, the goal of which is to “attract, educate, and employ black and brown students in the insurance industry.”

However, the work of people of color alone won’t be enough to bring an end to systemic racism. These systems were created to advantage white populations, and efforts of white allies are necessary to dismantle them. Deidre Wright, CEO of Strategic Stories, called on allies to take it upon themselves to learn all that they can about the causes and symptoms of systemic racism. Armed with this knowledge, Wright detailed, they then need to “sponsor people, sponsor opportunities, provide [their] voices, and leverage [their] platforms.” Actionable steps include nominating people of color for awards and to be speakers at conferences, as well as fighting for salary and promotion equity.

Systemic racism perpetuates injustice both nationwide and in the insurance industry. It will take a collective effort to fight these systems. Conversations like CLM’s town hall are a small but crucial step toward creating systems that promote equality. It is now incumbent on all of us to take the next step, and, as Ratliff said in her sign off for the evening, “stay safe, but don’t stay silent.”

Jennifer Ward is the managing partner and owner of Ward Law LLC and co-chair of CLM’s Diversity & Inclusion Committee.  jward@thewardlaw.com 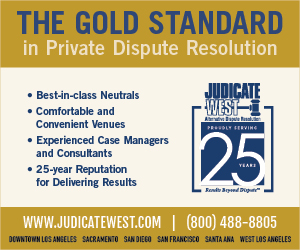 Through education and action, CLM’s Diversity and Inclusion Committee advances the mission of inclusion, and identifies and supports practices that demonstrate leadership in common core values. The committee offers unique opportunities to help strengthen CLM’s partners and perspectives.