Defending Against the Unavailability Rule

On continuous environmental-injury cases, commercial liability insurers are being sued to pay hundreds of millions of dollars more than their proportionate share, and insurer bad faith is not the basis for the disproportionate liability in these cases. It is instead due to the adoption of the “unavailability of insurance” rule, through which some courts adjudicating toxic-tort and environmental-damage claims on general liability policies are reallocating proportionate loss away from policyholders and to their insurers based upon uninsured periods of loss.

“Time on the risk” is the predominant method of pro-rating cost allocation among insurers facing continuous-injury claims. But the “unavailability of insurance” rule is an emerging alternative allocation vehicle that threatens to skew the traditional method and transfer loss from policyholders back to insurers for periods when policyholders were uninsured.

Examining the “Unavailability of Insurance” Rule

Imagine that you, a liability insurance company, insured a policyholder for $2 million each year from 1975 to 1985. The policyholder files a claim for $20 million that represents indivisible environmental property damage that occurred over 20 years from 1975 to 1995. The prevailing loss allocation method for continuous injury is “time on the risk,” and, therefore, your share should be $10 million, or $1 million for each of the 10 years you were on the risk. But, since 1986, this policyholder has no other insurer to make a claim due to the absolute pollution exclusion that is now standard in the commercial liability insurance policy form.

Normally the policyholder would be allocated $10 million as self-insured, but the policyholder seeks the full $20 million from you. How can this be? It is by the application of the “unavailability of insurance” rule—which some courts recognize—to reallocate continuous-injury loss.

Claims for personal injury and cleanup costs arising from pollution events have cost insurers billions of dollars over the last three decades. As of October 2019, according to an A.M. Best report released that month, the industry has total reserves for environmental liabilities at around $45 billion, and averaged around $700 million in annual environmental loss payments from 2014-2019. A majority of these claims relate to response costs associated with historically contaminated properties.

Ever since the strict, joint, several, and retroactive liability for response costs arose with the enactment of the Comprehensive Environmental Response, Compensation, and Liability Act in 1980 (CERCLA), insurers and their policyholders have litigated thousands of disputes regarding coverage. These coverage disputes run the gamut in terms of stances, including whether the hazardous substance release was an “occurrence” required to trigger the policy; whether “property damage” occurred; and whether pollution exclusions apply. Because most environmental contamination occurs over long periods of time, most CERCLA-related response-cost claims from policyholders involve several insurers from several policy periods. And, since environmental loss is often indivisible, allocation of liability among a policyholder’s insurers has become a common source of litigation.

In 1986, the insurance industry institutionalized the practice of excluding coverage for pollution with the incorporation of the absolute pollution exclusion (APE) into the standard Commercial General Liability (CGL) policy. Since the advent of CERCLA liability for the release of hazardous substances, commercial liability insurers saw a flood of claims for pollution liability—not only for release in the current year, but also prior years on issued occurrence-based general liability policies.

The insurance industry had already began to place pollution-liability exclusions on general liability policies back in 1973 as new federal environmental laws were beginning to emerge (e.g. The Clean Air Act of 1970, The Clean Water Act of 1972, The Safe Drinking Water Act of 1974, and The Resource Conservation and Recovery Act of 1976). But the 1973 CGL pollution exclusion had an exception that effectively provided coverage for pollution that was “sudden and accidental.”

Years of litigation about the meaning of these terms led to the APE which has no such exception. And while the APE is not as “absolute” as its namesake, it still has effectively excluded most claims arising from pollution conditions.

Emergence of the Unavailability of Insurance Rule

The unavailability of insurance rule has many roots, but first really appears in Owens-Illinois, Inc. v. United Insurance Co., 650 A. 2d 974 (N.J. 1994), wherein the New Jersey State Supreme Court appears to adopt the pro rata method of loss allocation, but, in the opinion, states that the method was fair “when periods of no insurance reflect a decision by the actor to assume or retain a risk, as opposed to periods when coverage for a risk is not available.” Id. at 995 [Emphasis added].

It is the italicized portion that advocates have subsequently used to create the concept of the unavailability rule. While the rule lingers or has been disputed in many jurisdictions, few states have definitive law on it. The New York Court of Appeals has quashed the rule, stating that “imposing liability on an insurer for damages resulting from occurrences outside the policy period would contravene the very premise underlying pro rata allocation.” Keyspan Gas East Corp. v. Munich Reinsurance American, Inc., 2018 WL 1472635 (N.Y. Ct. App.) at *4.

However, the Connecticut Supreme Court affirmed an appellate court decision that “Connecticut has embraced an unavailability of insurance exception pursuant to which there is no proration to the insured for periods during which insurance is not available”. R.T. Vanderbilt Co., Inc. v. Hartford Acc. & Indem. Co., 333 Conn. 343 (2019).

Defenses to the Unavailability Rule

The obvious defense to the unavailability rule is evidence that insurance was available to the policyholder that would have covered the loss the insured now claims. While this may seem difficult knowing that commercial general liability policies have had a standard pollution exclusion since 1986, it is not so insurmountable due to the emergence of the environmental impairment liability (EIL) insurance market.

Unlike commercial general liability policies, which are predominantly offered on a standard policy form, each EIL insurer has its own unique policy, however there are many commonalities. EIL insurance pays for property damage and bodily injury that arise from pollution conditions on, at, or emanating from a covered location. The EIL policy was designed specifically to cover the gap in insurance left by pollution exclusions in the CGL, so its definition of “pollution conditions” closely resemble the definition of “pollution” in the CGL. And, as luck would have it, the EIL market was operating in earnest in 1986.

I have been involved in several cases as an expert/consultant to establish the existence of the EIL market, and thus demonstrate that insurance was available for property damage losses that arose from pollution conditions. Courts vary on whether they view insurance as “available” if it is established that an EIL market existed at the time of the pollution occurrence (the objective standard), or whether they require evidence that EIL was available specifically for the policyholder at the time of the occurrence (the subjective standard).

The objective standard can be met by producing exhibits that prove the existence of an EIL market. We produce advertisements that appeared in major insurance trade journals for companies declaring not only their willingness to underwrite EIL, but also the limits capacity and even specific classes of industry they seek most. Screenshots of EIL underwriters’ websites are also good evidence of the market; however, e-commerce was just in its infancy in the 1990s.

The subjective standard is more difficult to meet due to the amount of time that has passed since 1986. I was an EIL underwriter in the early 1990s and have underwritten, brokered, and even purchased hundreds of EIL policies through my career to this day. Testimony from an EIL underwriter can establish whether a policyholder would have been offered EIL, and, most convincingly, if that professional happened to be an EIL underwriter at the time of the pollution occurrence. Other evidence of the insurance availability includes samples of EIL policies issued to other policyholders on or around the dates of the occurrence.

Whether the unavailability rule takes hold in a significant number of states remains to be seen. In states where it exists, it is important to both understand its implications and prepare for its rebuttal.

When millions of dollars in claims reallocation are at stake, it is important to have the best evidence to establish availability of insurance where it applies. In the aforementioned Champion Dyeing case, the defendant insurers did bring in an insurance broker to give evidence of the availability of EIL insurance; however, the broker did not have enough specific EIL experience to convince the court that a subjective standard was met.

A majority of insurance brokers have probably heard of or even placed EIL policies, but there is a much smaller group of insurance professionals and underwriters that have both extensive experience with these policies and the experience of providing them for the last 30 years. The “All Sums” and “Pro Rata” methods have dominated litigation in this sector for the last 20 years; it may very well be that “availability” becomes the contest for the next 20 years. 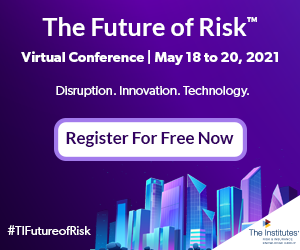 CLM’s Environmental and Toxic Tort Committee focuses on existing and emerging issues in the environmental, pollution, and mass tort context. This encompasses long-tail claims as well as claims submitted on currently issued policies.