Getting to Know: Susan Levy

See how this trial lawyer and founding partner of Levy Pruett Cullen got her start—and the secrets to her success.

See how this trial lawyer and founding partner of Levy Pruett Cullen got her start—and the secrets to her success.

Levy went to law school knowing that she wanted to be a trial lawyer, a belief that was cemented when she clerked for a federal judge and witnessed many trials in action. Despite an offer from a big “silk-stocking” firm in Atlanta, she chose to work at the Attorney General’s office, where she was able to try cases all over the state on behalf of the Georgia Department of Transportation.

“I knew I could talk and I knew I could argue, but I wasn’t sure I could do organic chemistry.” Levy, who comes from a family of doctors, explaining why she gave up on her original dream of being a pediatrician.

Georgia on Her Mind

A self-described nice Jewish girl from Pittsburgh, Levy experienced a bit of culture shock when she moved to Georgia, where it was not uncommon for a local pastor to bless the judge and jury before a trial began. However, she says trying cases in both metro Atlanta and rural Georgia made her a better trial lawyer, as she experienced a wider breadth of cultural diversity.

“You might find smarter lawyers out there, but I think you’ll be hard-pressed to find any who are more prepared than I am.” Levy, sharing her “secret sauce” recipe for winning nearly every case she has taken to trial.

Levy credits some of her trial success to a jury consultant who she says was amazing at preparing difficult witnesses. The consultant, who was trained in law and psychology, brought a different set of skills to her trial team. This gave the team an advantage, especially in wrongful death and catastrophic injury cases where the investment in a consultant was justified.

“I love to travel and to watch movies. I serve on the selection committee for the Atlanta Jewish Film Festival, one of the largest of its kind in the world.”  Levy, on how she spends her (limited) free time out of the office.

Eric Gilkey is vice president of content of CLM magazine, a publication of the CLM.  eric.gilkey@TheCLM.org 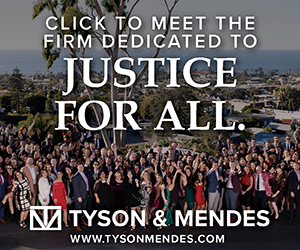