What can employers legally require when it comes to vaccines?

According to the Centers for Disease Control and Prevention (CDC), 981 individual cases of measles have been confirmed in 26 states from Jan. 1 to May 31, 2019. This is the greatest number of reported cases in the U.S. since 1992.

Dr. Anne Schuchat, director of the National Center for Immunization and Respiratory Diseases at the CDC, said in 2015 congressional testimony that measles is so contagious, “that if one person has it, 90 percent of the people close to the person who aren’t immune will also be infected.”

Measles generally starts with a fever, and soon thereafter causes a cough, runny nose, and red eyes. After these initial symptoms, a rash of tiny red spots breaks out, generally starting at the head and spreading to the rest of the body. Although measles can be serious for people of all ages, there are several groups that are more vulnerable to suffering serious complications, including children younger than five-years old, adults older than 30, pregnant women, and people with compromised immune systems. Some examples of severe complications resulting from measles include pneumonia and encephalitis (swelling of the brain). These types of complications could lead to death.

History of the Measles Vaccination Program

Measles has been around for centuries, but did not become a nationally notifiable disease in the U.S. until 1912. In the decade before 1963 (the year the vaccine became available), nearly all children got measles by the time they were 15-years old. It is estimated that approximately three to four million people in the United States were infected with measles each year during this time period. Among these reported cases, an estimated 400 to 500 people died and 48,000 were hospitalized each year.

Two doses of MMR vaccine are about 97 percent effective at preventing measles; one dose is about 93 percent effective. Because of the widespread vaccination program in effect over the last 50 years, measles was declared eliminated (defined as the absence of continuous disease transmission for greater than 12 months) from the U.S. in 2000.

Measles outbreaks are ongoing in parts of New York, Michigan, Georgia, California, Maryland, Pennsylvania, and Washington. The majority of the infected people were unvaccinated.

Because of the highly contagious nature of measles, its ability to spread in the air, and its prolonged incubation period, there is a natural concern over contracting the disease while at work from an unvaccinated co-worker. There is no visible way to know if someone is vaccinated. Confirmation can only come from proof in the form of vaccination records, which are generally not a pre-employment requirement (with limited exceptions). So, how can employers protect their employees from this epidemic? This article analyzes this question pursuant to federal laws such as the Americans with Disabilities Act (ADA), the Occupational Health and Safety Act (OSHA), and Title VII of the Civil Rights Act of 1964 (Title VII).

The ADA and Title VII

The ADA generally prohibits medical examinations, and, as such, workplaces likely cannot require vaccination or proof of immunity. This regulation is not without exception, though. In certain workplace settings—such as health care providers, schools, and elder care facilities—employers may be able to require vaccinations and proof of immunity as a condition of employment if they can demonstrate a business necessity because of their exposure to populations with weak immune systems or because employees may handle sensitive medical substances like blood pathogens.

If an employee provides current vaccination records when an employer asks, the ADA requires that those records be kept in separate, confidential medical files.

Employers that are able to require vaccinations or proof of immunity may still be obligated to try and accommodate workers who object to vaccines for religious or medical reasons. Currently, 45 states and Washington D.C. grant religious exemptions to mandatory vaccinations and 15 states allow philosophical exemptions for those who object to immunizations because of personal, moral, or other beliefs. Because of state-law exemptions and general-accommodation requirements under both the ADA and Title VII, employers must strike a balance between their workplace-safety concerns and the rights of their religious and disabled employees.

In general, under the ADA, a qualified disabled employee is entitled to a reasonable accommodation unless it would result in an undue hardship or direct threat to the safety of the employee or the workplace. If an employee objects to being vaccinated for medical reasons in a workplace that requires vaccinations, the employer must engage in the same good-faith interactive process as with any employee with a disability who requests a reasonable accommodation.

The direct-threat analysis is generally harder to satisfy. The term “direct threat” means a significant risk of substantial harm, to the health or safety of the individual or others, that cannot be eliminated or reduced by reasonable accommodation (29 C.F.R. § 1630.2[r]). The determination that an individual poses a “direct threat” shall be based on an individualized assessment of the individual’s present ability to safely perform the essential functions of the job. This assessment shall be based on a reasonable medical judgment that relies on the most current medical knowledge and/or on the best available objective evidence.

When determining whether an individual would pose a direct threat, factors to be considered include:

• The duration of the risk.

• The nature and severity of the potential harm.

• The likelihood that the potential harm will occur.

• The imminence of the potential harm.

Because of the high standards involved in proving an employee poses a direct threat, the factors would likely weigh more heavily in certain industries, like nursing, because the employee works around patients as opposed to in a general office setting.

Undue hardship in the religious context under Title VII is defined as “more than de minimis” cost or burden—a lower standard for employers to satisfy than the “undue hardship” defense under the ADA. Factors relevant to analyzing undue hardship may include:

• The type of workplace.

• The nature of the employee’s duties.

• The identifiable cost of the accommodation in relation to the size and operating costs of the employer.

• The number of employees who will in fact need a particular accommodation.

Under the General Duty Clause of OSHA, an employer is responsible for providing a healthy, safe working environment for all of its employees. An employee is entitled to “a place of employment which is free from recognized hazards that cause or are likely to cause death or serious physical harm.” (29 U.S.C.S. § 654)

While OSHA has not directly addressed prevention techniques for the current measles outbreak, it has published guidance for dealing with other pandemics, including influenza. In that context, it recommends implementing certain “controls” to deal with workplace hazards in conjunction with public health recommendations. For example, emphasizing proper hygiene in the workplace, such as washing hands and disinfecting work areas, is somewhat easy to implement, but it would not be entirely effective in the case of a measles outbreak, which is primarily spread through the air.

Because of the method by which measles is spread, more effective employer-based controls may include:

• Providing information on where employees can otherwise get vaccinated.

• Offering work-from-home or telecommuting options under certain circumstances to prevent the spread of the disease.

• Educating employees about vaccinations covered under their health insurance plans.

The revival of measles is an alarming epidemic that employers should take seriously, but with caution so as not to run afoul of the law. Although, under most circumstances, employers should not make vaccinations a requirement for continued employment, there are exceptions depending on the industry and other safety issues presented on a case-by-case basis. If an outright vaccination mandate is not appropriate for your workplace, there are other measures you can take, outlined above, to protect employees from exposure while at work.

Jessica B. Jackler is an associate at Bryce Downey & Lenkov LLC.  jjackler@bdlfirm.com 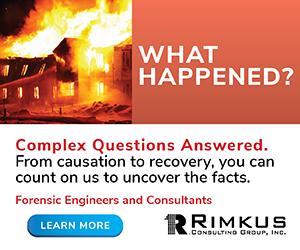