One Step Forward in Texas

With passage of SB 219, a harsh standard of liability imposed on contractors is eased

There is hope on the horizon for Texas contractors that, for decades, have borne liability for construction defects in owner-furnished contracts. Texas is the only state where a contractor may be liable for the defects that result directly from construction plans and documents prepared or procured by the owner, owner’s agent, or owner’s design professional.

Construction industry professionals have long bemoaned Texas’ reliance on the Lonergan Doctrine, which imposes a harsh standard for liability on contractors in these instances. Senate Bill 219, which was signed by Gov. Greg Abbott in June and became effective Sept. 1, 2021, brings Texas on board with the laws of other states by limiting a contractor’s responsibility in regard to design defects and owner-furnished plans and specifications, finally providing the Texas contractor some amount of relief.

Contrary to this well-established construction law case, Texas currently follows Thomas Lonergan et al v. San Antonio Trust Co., 101 Tex.63 (Tex. 1907). The Lonergan Doctrine prevents a contractor from successfully asserting a claim for “breach of contract based on defective plans and specifications” unless the contract contains language that “shows an intent to shift the burden of risk to the owner.” For over 100 years, this doctrine has held Texas contractors liable for defects caused by faulty owner-furnished plans and specifications, unless the contract between the parties specifically shifts that burden to the owner.

In recent years, the construction industry had reason to hope that this long-standing doctrine may be eroding in the Texas courts of appeals. But, in 2012, the Texas Supreme Court reinforced that Lonergan was still the law of the land. In the case of El Paso Field Services, L.P. v. MasTec North America Inc., 389 S.W.3d 802 (Tex. 2012), the court held that the contractor, and not the owner, bore responsibility for additional costs incurred by previously undiscovered foreign crossings in a pipeline construction contract.

This case was a blow to the construction industry and the hope of adopting the Spearin approach until SB 219 recently gained traction in the legislature. The shift began in 2019, when the Texas legislature implemented Chapter 473 of the Texas Transportation Code. This statute allowed certain projects undertaken by the Texas Department of Transportation, and Texas political subdivisions to adopt the Spearin Doctrine in limited transportation projects.

SB 219 adds Chapter 59 to the Texas Business and Commerce Code, which will (with some exceptions noted in the section below) further erode and extinguish the viability of the Lonergan Doctrine. SB 219 states, “A contractor is not responsible for the consequences of design defects and may not warranty the accuracy, adequacy, sufficiency, or insufficiency in the plans, specifications, or other design documents provided to the contractor by a person other than the contractor’s agents, contractors, fabricators, or suppliers, or its consultants, of any tier.”

Thus, a contractor will now enjoy more protection from liability resulting from design defects in owner-furnished plans, specifications, and other design documents.

The language of SB 219 contains a new requirement that contractors must disclose any “defect, inaccuracy, inadequacy, or insufficiency in the plans, specifications, or other design documents” that the contractor discovers, or should discover through “ordinary diligence.”

“Ordinary diligence” is defined by SB 219 as “observations” that a contractor would make in “reasonable preparation of a bid or fulfillment of its scope of work under normal circumstances.” A contractor is also not required to hire an outside licensed design professional to satisfy this reasonableness requirement, but rather must only analyze the documents with the knowledge and experience of a reasonable contractor. It is imperative to note, however, that a contractor who fails to reasonably find or observe a defect may be liable for the consequences of that defect.

In a second notable exception, the statute does not apply to: “(1) designs provided by a contractor under a design-build contract; (2) designs provided by a contractor under an, ‘engineering, procurement, and construction contract’; and (3) sections of a contract where the contractor has agreed to provide, ‘input and guidance’ on design documents, and that ‘input and guidance’ are provided as the ‘signed and sealed work product’ of an individual licensed as an architect, engi-neer, or registered land surveyor, which is actually included as part of the design documents used in the construction of the real property.”

SB 219 will bring with it long-awaited relief for construction professionals in Texas. Limiting contractor risk for owner-furnished design defects is arguably overdue. 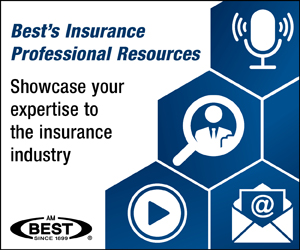