The Future Is Being Recorded

In the transportation industry, dashcams have been added to fleets of trucks, often paid for or subsidized by insurance carriers looking for an advantage in underwriting, claims, and risk management. Accidents captured on video result in claims that are easier to defend and manage because the footage quickly helps inform the claims manager and attorneys about whether the claim should be denied or promptly resolved.

Indeed, what many claims managers and attorneys quickly learn is that dashcam footage will reveal bad facts as conspicuously as good facts. Did that car cut your truck off, or was it always there and your driver was negligent in failing to maintain a safe distance? Video footage can provide incontrovertible answers to questions like this, which helps expedite claims.

Some dashcams not only look outward at the road, but also inward at the driver so that inattentive driving can be identified before it results in an accident. In fact, dashcams can now identify inattentive driving as it occurs, alerting the driver with a loud noise to pay attention. While controversial because of its invasive nature, inward-facing dashcams have been successful behavior modifiers for fleets that have installed them. Simply put, people are less likely to look at their phones or be otherwise distracted when they are being watched.

Dashcams have become prevalent beyond the commercial transportation industry and are now common accessories in ride-sharing and personal vehicles. Dashcams from personal vehicles were the source of the most common footage of the February 2013 Chelyabinsk meteor in Russia, which was documented from at least a dozen angles. They have also recorded thousands of videos showing automobile and aircraft crashes, close calls, and attempts at insurance fraud that have subsequently made their way online. Inward-facing dashcams and recording devices have captured everything from unruly ride-hailers to funny interactions between young siblings in the back seat.

As third-party cameras become smaller and less cost prohibitive, personal use will become even more widespread. Whereas prior generations objected to video cameras recording daily life, video cameras today record everything from police interactions to doorbell ringing. The proliferation of video cameras in personal vehicles will unleash a new arsenal for claims professionals to use that will reduce investigative cycle time. The claims “game changer” will be when manufacturer cameras begin to record events.

It may not be too far away. For instance, the 2020 Hyundai Sonata has five cameras installed throughout the car, four of which are mounted on the exterior of the vehicle. While these cameras are used to assist and prevent lane departure, assist with adaptive cruise control, and eliminate blind spots, they are not likely recording crucial claims data yet. But, when you consider that your vehicle’s airbag control module is recording accident data, it’s not a stretch to believe that recorded video will soon become a standard feature.

The initial response to a new claim requires that special attention be given to dashcams and video footage. Preservation-of-evidence letters can be expected from the claimant’s attorney and should be met with an in-kind demand that the claimant preserve video footage (amongst other items). Field claims professionals need to thoroughly canvas accident scenes looking for surveillance footage captured from stores, government-operated closed-circuit surveillance systems, and even doorbells that may have recording capabilities. Effectively downloading that video so that its chain of custody can be preserved is a critical step for introduction at trial. Merely taking a recording of the video with a smartphone is not enough.

Once you have the video footage secured, then the question becomes when to show it to the claimant or his counsel. Obviously, the nature of the footage may inform the decision about when to share it. Do not be surprised if the claimant’s attorney does not want to drop or dismiss the claim after you share video footage debunking the claimant’s version of an accident. Claimant attorneys know the challenges associated with moving such evidence into trial, but once the evidence is admitted, it will be awfully persuasive to the jury.

Still, effectively moving video footage into evidence at trial is not as easy as one would think. The video must be competently traced from its origin, and then the contents of the footage must be understood on a technical level. For example, dashcam footage showing an accident between a motorcycle and a truck will certainly reflect the accident itself, but what about the actual speeds and distances between the vehicles? While an expert can competently testify based on the video regarding speeds at which the vehicles were traveling given the time that elapsed, the expert’s opinions get less reliable when cross-examined on frames per second and other technological items. For the defense trial attorney, videos require more work and preparation than just hitting the play button in front of the jury. The rules of evidence apply to videos, so no step can be skipped when moving videos into evidence at trial.

Dashcam footage is not immune to subjective attack regarding what is captured and what is not. When defending claims where dashcam footage identifies negative facts, it is important for the defense attorney to determine what was not captured by the video. What is the jury not seeing in the video that the defendant will have to explain through convincing testimony at trial? Do the events not captured on camera change the evaluation of the case for resolution of defense?

Dashcams and video footage present opportunities for the expedited resolution of claims and the quick dismissal of litigation that is without merit. As the potential existence of video from various and new sources becomes more readily available, seeking out and obtaining video of an accident should become as common as obtaining a witness statement or a copy of a police report.

Charlie Wendland is head of claims at Branch Insurance. charlie@ourbranch.com

Bradford Hughes is a member in the Los Angeles and San Francisco offices of Clark Hill LLP.  bhughes@clarkhill.com 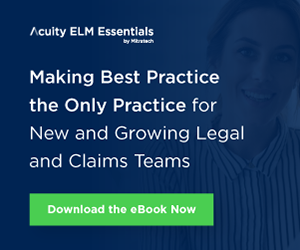 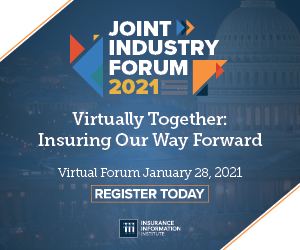