A report from the Workers Compensation Research Institute (WCRI) finds that in most states, dermatological agents and nonsteroidal anti-inflammatory drugs (NSAIDs) have become more important than other drug groups as a share of total prescription payments. In the typical state, dermatological agents and NSAIDs each accounted for about 20 percent of total prescription payments in the first quarter of 2020 (2020Q1).

“This study finds that prescription payments are decreasing in a majority of state workers’ compensation systems, but prescription payments continue to vary widely,” said John Ruser, president and CEO of WCRI. “This study breaks prescription drugs into groups (dermatological agents, NSAIDs, opioids, compounds, etc.) so you can see where workers’ compensation prescribing dollars are being spent and whether spending for those groups of drugs is going up or down.”

According to the FlashReport, Interstate Variation and Trends in Workers’ Compensation Drug Payments: 2017Q1 to 2020Q1, written by Dr. Vennela Thumula, Te-Chun Liu, and Dongchun Wang, prescription payments per medical claim decreased by 15 percent or more in 20 of the 28 states over the study period. As of 2020Q1, per claim payments in the highest state were more than eight times higher than in the lower state. While focused primarily on the time before COVID-19, the study also provides data at a high level on the impact of COVID-19 on prescription drug payments and opioids during the first quarter of the pandemic.

The following is an abbreviated list of the study’s other findings:

To learn more about this study or to download a copy, visit https://www.wcrinet.org/reports/wcri-flashreport-interstate-variation-and-trends-in-workers-compensation-drug-payments-2017q1-to-2020q1. 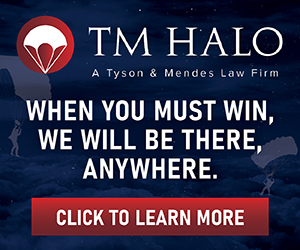