Getting Their Voices Heard

The modern trend towards insurer intervention in liability suits

When insurance coverage is in question for a liability suit, parties initially focus on whether the pleadings require the insurance company to defend its insured. Whether the insurance policy actually covers the judgment or settlement obtained against the insured, however, often turns on the resolution of certain key facts by the court, such as whether bodily injury was “expected or intended” from the standpoint of the insured.

Similarly, while parties may argue over the value of a claim or suit when a settlement demand is made, the determination of whether the value actually exceeds an insurer’s policy limits typically is made by a judge or jury. Without the presence of the insurer in the lawsuit, plaintiffs and insureds may attempt to use these proceedings to establish dubious factual findings or excessive damage awards in an effort to “set up” the carrier for bad faith.

Outside of direct-action states like Louisiana and Wisconsin, U.S. courts traditionally have not allowed insurance companies to intervene in the underlying suit to participate in these factual determinations, instead requiring them to assert their positions in subsequent declaratory-judgment actions. Nonetheless, many courts around the country are starting to recognize the inefficiencies and potential for collusion in such a system. For these reasons, the legislature in one state, Missouri, actually granted liability insurers the right to intervene in certain underlying liability suits, albeit with mixed success. Moreover, an increasing number of states have allowed liability insurers to intervene in the underlying tort actions against their insureds to promote the efficient resolution of coverage issues and to prevent the entry of collusive tort judgments.

As mentioned, U.S. courts traditionally have not allowed liability insurers to intervene as a matter of right in underlying lawsuits against their insureds, a trend that continues in state courts like Florida, Indiana, Maryland, New Mexico, New Jersey, South Carolina, and Wyoming.

Many of these courts express concern that intervention would introduce evidence of the insured’s insurance coverage and unfairly prejudice the insured. Some courts decline intervention because placing both tort liability and insurance-coverage issues in the same action might confuse the trier of fact. Other courts point to the unfairness of the insured having to litigate against both the claimant and the insurance company in the same action. Similarly, some courts point to the inherent conflict of interest between the insured and insurer that intervention in the underlying lawsuit may present, particularly when the insured’s defense counsel was retained by the carrier. Other courts decline intervention on the grounds that an insurer has only a “contingent” and not a “direct” interest in the underlying lawsuit.

Courts that reject a liability insurer’s right to intervene almost uniformly do not bind the insurer to the decision reached in the underlying lawsuit, at least with respect to findings of fact relevant to coverage. This is especially true when the parties in the underlying case purposely fail to disclose actual facts to the judge or jury, or when the insured otherwise fails to present a defense. As one Maryland appellate court put it in Allstate Ins. Co. v. Atwood, “[W]hile the insurance company promised to pay in accordance with the legal obligations resulting from the tort action, it did not undertake to be the victim of fraud or collusion.”

Although the Maryland court in Atwood did not allow insurer intervention, the court did concede that intervention “would promote the efficient administration of justice, and be less burdensome on the parties, if the insurer’s request for declaratory relief were made in the tort case.” For these reasons, an increasing number of states allow insurers to intervene when the underlying action could determine issues relevant to the insured’s insurance coverage, such as in Georgia, Illinois, Kentucky, and Nevada. Some states like Ohio may even require the insurer to intervene in some cases, or else face the risk of collateral estoppel.

The scope of the insurer’s participation in these underlying actions varies. Some courts merely allow the carrier to intervene to seek a stay of the underlying lawsuit pending resolution of a separate declaratory judgment action. Other courts allow the insurance company to intervene to pursue declaratory relief on coverage in the same lawsuit with the tort claims. Still other courts allow the insurer to seek findings from the trier of fact relevant to the insurance coverage issues, or at least suggest that the insurer could do so.

For example, in Kentucky Farm Bureau Mut. Ins. Co. v. Coyle, a Kentucky appellate court allowed an insurance company to intervene in an underlying bodily injury case to seek factual findings as to whether its insured accidentally or intentionally shot the plaintiff. The jury was presented with interrogatories that inquired whether the insured intended or expected the plaintiff’s injury. Although the jury answered these interrogatories and found the shooting accidental, the appellate court concluded that the evidence overwhelmingly supported a finding of intentional conduct. The Kentucky appellate court reversed and remanded for entry of judgment in favor of the insurer.

Although it took an appellate court to finally decide the factual issues relevant to coverage, Coyle is an example of how courts can allow the plaintiff, insured, and insurer to make a record, seek a factual determination, and appeal that determination on these issues in a single action, rather than in two separate actions with potentially conflicting results.

Some states allow liability insurers to intervene in underlying lawsuits to litigate and defend against the substance of the plaintiff’s claim against the insured, including as to liability and damages. Authority for this proposition can be found in Arizona, California, Georgia, Hawaii, Kansas, and Mississippi.

Consider the Arizona appellate court’s decision in McGough v. Ins. Co. of North America. The plaintiffs in that matter brought a wrongful-death suit against a pilot for injuries sustained in a plane crash. The pilot had a $100,000 liability policy with Compass Insurance Co. The owner of the plane had a $1 million liability policy with Insurance Company of North America (INA). While Compass initially provided a defense to the pilot, it later considered paying its policy limit and withdrawing its defense. INA then agreed to defend the pilot in the event that Compass did withdraw. The pilot, however, indicated that he would accept that defense only if INA withdrew its coverage defenses. On the same date, the plaintiffs and the defendant pilot entered into an agreement whereby a stipulated judgment would be entered in favor of plaintiff for $1.1 million; the plaintiffs would not execute on the judgment against the pilot; Compass would pay plaintiffs $100,000; and any rights held by the pilot against INA would be assigned to plaintiffs. When an evidentiary hearing in the underlying lawsuit was scheduled, INA filed a motion to intervene. The trial court denied INA’s motion and entered judgment in favor of the plaintiff in the amount of $1.1 million.

The Arizona appellate court reversed and remanded to allow INA to intervene. It held that INA had an interest in the lawsuit sufficient to justify intervention because the insurer may be bound by any liability findings entered against the insured. The Arizona appellate court specifically rejected the insured’s argument that INA should have defended without a reservation of rights, as accepting that argument would essentially “adopt a rule to force the insurance company to either defend and give up its rights to later litigate coverage, or to refuse to defend altogether.”

While some states continue to follow the traditional rule prohibiting insurer intervention in an underlying tort action against an insured, an increasing number of states allow a liability carrier to intervene to provide for the efficient resolution of insurance-coverage issues and to prevent the entry of collusive tort judgments. When considering whether an insurer may intervene, and what an insurer may do once it intervenes, parties, lawyers, and judges across the country would be wise to examine the experience of other states and courts that have already grappled with these complex issues. 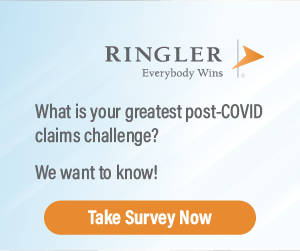