Ever since the economy began to recover from the Great Recession, contractors have struggled to find enough skilled labor to meet the growing demand from new construction projects. In fact, an August 2017 Associated General Contractors of America survey reveals 70 percent of construction firms say they are having a hard time filling hourly craft positions.

This survey was conducted before Hurricanes Harvey, Irma, and Maria struck various parts of the U.S. Now, risk management and claims professionals will no doubt be on guard to see how the construction labor shortage and post-storm demand surge for new projects play out.

“It’s well documented that finding skilled labor is still one of the most significant issues facing the construction industry,” says Rick Keegan, president of construction, Travelers. “And it’s absolutely exacerbated when you have demand surges post events like Harvey and Irma.”

Have Work, Must Travel

It’s not necessarily a problem of finding enough workers, but rather enough skilled workers. Locally, Keegan notes that there was already a high demand for construction labor in Florida and Houston before Harvey and Irma. “It’s a nationwide issue for construction, but it’s acute in areas with already high activity,” he says.

Part of the storm-driven demands for labor will likely be met by less-experienced workers, which brings increased loss potential, especially when combined with the sheer number of new projects. Citing trends in Travelers’ claims data, Keegan says that 50 percent of all construction workplace injuries happen within the first year of employment, and that rate applies regardless of industry tenure. “So even experienced workers are at an increased risk when they adjust to new project surroundings, which is exactly the scenario we’re dealing with in post-storm work,” he says. On top of that, Keegan says post-storm work has its own unique hazards, such as long shifts, downed electrical and utility lines, and compromised structures.

In addition to less experienced workers, the demand will be addressed by workers traveling to the storm-impacted areas from around the country. Jim Reichert, a construction risk engineer for XL Catlin, says, “In general, construction people aren’t afraid to travel for the job. It’s part of the business. Historically, there has always been some mobility in the workforce.”

This creates additional risks. For one, Keegan mentions the initial task of transporting workers to these areas. “We’re talking work crews of 800, 900, 1,000 workers traveling down in caravans, driving long hours through the night.” He says there are conversations with contractors around fleet management to ensure the safe transportation of workers.

Once workers get to where they are going, new challenges arise regarding project management. Reichert explains, “With that kind of transient workforce comes issues with how you manage it.” He adds, “Getting folks on the job is step one, but how you manage them to create the right product at the end is another major hurdle for our general contractors to consider.”

Speaking to the reality of workers coming in from many states away, Bob Kreuzer, vice president of risk control, construction for Travelers, says, “When you do that, we encourage contractors to put even more discipline around some of the common things you see contractors do on a site, like daily walkthroughs, site inspections, and training for workers. We encourage them to invest more in that because risks are up dramatically when you go to a new state.”

Kreuzer acknowledges that there may not be time for contractors to fully vet workers from a behavioral-interview standpoint during storm-recovery work, but he says Travelers encourages contractors to meet with the workers and ask some questions about their experience. “And, more importantly, spend time on training for site-specific hazards that they might not normally see,” he adds.

Reichert says as general contractors take on work, they should examine how the jobs are set up to reduce risks, starting with their subcontractors understanding where the labor is coming from and how it’s managed. Terms in contracts should ensure protections around events the contractors cannot control.

Aside from managing the workforce, contractors should manage scheduling, as well. Timeline demands will undoubtedly be tight, but Reichert says if contractors are only able to get a given number of framers on a job site, for instance, then timelines may need to be extended. “And if [the job] is properly scheduled, you may be able to use fewer laborers,” he adds.

The post-storm demand surge will put some more stress on an already strained construction workforce, but the additional risks can still be managed with planning and discipline. Says Keegan, “The risk profile for a contractor shifts dramatically when they have this demand surge in labor, and of course the time sensitivity associated with mobilizing the labor force and performing the work. So it’s really important for contractors to have really robust risk management strategies.”

Just as contractors must manage their workforces during the post-storm demand surge, they must also be mindful of the increased demand for materials and how that might impact the rebuilding efforts. After Hurricanes Katrina and Rita in 2005, supply shortages led to the importing of drywall that allegedly led to corrosion of metal components in homes in which the drywall was used. Homeowners in the Gulf Coast region also complained of foul odors and health-related issues that allegedly stemmed from the use of imported drywall.

A 2009 study by the U.S. Consumer Product Safety Commission (CPSC) found a link between the use of the imported drywall, elevated levels of hydrogen sulfide, and the corrosion of metal components in the homes.

With a new round of storms leading to new demands for materials, does the potential exist for a similar situation to arise in the near future? “It’s hard to predict where the demand surge will come first relative to materials and building supplies,” says Keegan. “But much like the impact on labor, the demand in general for building materials post-storm absolutely puts added stress on the supply chain. It can translate into a variety of risk- and claims-related exposures to contractors.”

Adds Reichert, “You think about all the damage that’s been created—just about every building or structure that needs repairs needs drywall, and that’s a basic product that goes everywhere.” He says the pent-up demand for drywall and other materials could create opportunities for counterfeit and substandard products. “Drywall is fresh in everyone’s mind,” he says. “I can’t predict if there’s a different product out there that has the potential to be [the next] Chinese drywall, but it goes back to understanding your supply chain.”

While the risks associated with imported drywall last decade were not uncovered until after multiple studies were conducted in the wake of its use and subsequent homeowner complaints, there are steps contractors can take to prevent a similar issue from arising today. Kreuzer says, “We spend a lot of time talking to contractors about quality assurance/quality control programs.” He says contractors need to vet materials the same way they would during any other period and not loosen guidelines around what they demand from subcontractors during post-storm recovery work. Most importantly, he says workers must be taught how to properly install materials.

“A big element is sourcing,” Reichert says. There are trusted and valid sources for materials, he notes, but, even among those sources, when demands come to fill orders, issues can arise. “Check in with [these sources] and know what’s challenging them so you can ensure you’re getting the right materials,” he suggests. When deliveries show up, contractors should check tickets and materials. A flag should go up anytime something is not normal with a delivery.

Reichert adds that contractors should spend some extra time studying their supply chains, and should ask questions—then ask them again “because you don’t always get the right answer the first time.” It comes down to understanding and recognizing potential issues before and as they arise.

Given the events in the wake of previous storms, Keegan says of contractors: “I think, historically, they learned some things along the way as far as discipline around the vendor and subcontractor management process.”

He continues, “You have to maintain discipline, whether with labor procurement, materials, safety, or risk transfer in contracts. The risk profile changes with a demand surge and compressed timeframes. You have to mobilize fast, but you can’t allow that to get in the way of exercising normal due diligence. 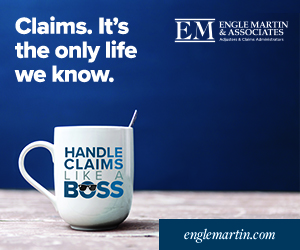