In Essex Insurance Company v. New Jersey Pan-African Chamber of Commerce, the New Jersey Appellate Division held that a “subsidence exclusion” applied to a pile-driving activity claim that allegedly caused soil to erode, resulting in a partial collapse of a building. The court held that the exclusion was clear and the underlying lawsuits fell within its “clear import and intent” because the underlying complaints allege that “pile-driving activity caused vibrations which in turn caused the soil beneath the…building’s foundations to ‘erode and subside down into the excavation’; and caused ‘erosion to the surrounding land.’” The Appellate Division held that the erosion and subsidence into the excavation constituted earth sinking or shifting, thus falling within the policy’s exclusion.—From CLM Member Mike Chuven

Over the past decade, California courts have slowly expanded the primary assumption of risk defense—traditionally reserved for recreational activities—to various occupations, both public and private. The doctrine in these contexts is often referred to as “occupational assumption of risk.” In the private context, it has been applied to kennel workers (Priebe v. Nelson in 2006), in-home caregivers (Gregory v. Cott in 2014), tow truck drivers (Dyer v. Superior Court in 1997), and, most recently, UPS delivery drivers (Moore v. William Jessup University in 2015). The Judicial Council of California recently acknowledged this change by including a new jury instruction specifically on this topic (see CACI 473). That development may assist in the application of this defense to a wider variety of actions, particularly those involving worksite accidents, and this defense should be asserted in any claim arising out of activities that involve inherent risk of injury.—From CLM Member Tami G. Vail

The Fast Trial and Alternative Resolution (FASTAR) program is a three-year pilot dispute resolution program implemented in Arizona’s Pima County as of Oct. 1 to resolve less-complicated civil claims quickly, efficiently, and fairly. Civil actions where a plaintiff only requests monetary damages of between $1,000 to $5,000, and where the summons and complaint do not require service in a foreign country, will automatically be assigned to FASTAR. Plaintiffs can choose to proceed either by fast-track trial or by the alternative dispute resolution program. While efficient and expedient, FASTAR has fueled controversy since it arguably violates a plaintiff’s rights by forcing the plaintiff to waive her right to a jury trial, arguably violates Arizona’s separation of powers doctrine because it denies a plaintiff who chooses compulsory arbitration the substantive right to appeal the arbitration award, and raises equal protection concerns because parties who have a dispute subject to compulsory arbitration are treated differently.—From CLM Member Arman Nafisi

State Farm v. Adams involved a hit-and-run accident where several passengers who were not named insureds made PIP and UM claims to State Farm. State Farm’s investigation raised questions about the facts of the accident and the injuries claimed. State Farm requested claimants submit to examinations under oath (EUOs), as required by the policy. The passengers refused and State Farm denied their claims. In a mixed decision, the Kentucky Supreme Court recognized an insurer’s right to ask for an EUO in certain instances, but not in others. Insurers are entitled to ask for an EUO to address questions about the accident itself, and an insured’s failure to cooperate could preclude coverage. But insurers cannot insist upon EUOs to address questions of a medical nature. If an insurer believes such testimony is necessary, then it must file a petition under the Kentucky Motor Vehicles Reparations Act and seek a court order to compel the testimony.—From CLM Extra Contractual Committee Co-Chair Patricia J. Trombetta

On Sept. 13, Florida’s Office of Insurance Regulation issued Emergency Order 214271-17-EO. There are three noteworthy parts of the order for property insurers. First, an insurer cannot cancel or non-renew an insurance policy until 90 days after the hurricane damage at the property has been repaired. This applies to both residential and commercial property insurance. Second, if the insurance policy requires any act to be performed on or after Sept. 4, 2017, the period of time to perform the act is extended to Dec. 3, 2017. Third, all notices of cancellation issued or mailed after Aug. 25, 2017 shall be withdrawn. They may be reissued after Oct. 15, 2017.—From CLM Members Gerald T. Albrecht and Timothy R. Engelbrecht

New York recently joined the growing number of jurisdictions around the nation holding that business’ websites must be accessible to all under the Americans with Disabilities Act (ADA), even though there is no official guidance from the Department of Justice (the enforcer of the ADA) and Congress has failed to enact legislation despite discussing it since at least 2000. In the Southern District of New York (Markett v. Five Guys Enterprises) and the Eastern District of New York (Andrews v. Blick Art Materials), the courts found that websites are subject to the ADA regardless of whether the goods and services are offered online or in physical locations.—From CLM Member Dianna D. McCarthy 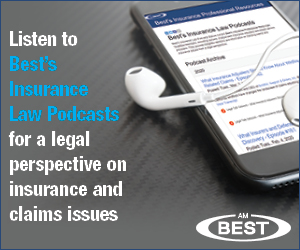