A bankruptcy judge makes a ruling on a possible Johnson & Johnson talc liability restructuring plan, the 11th Circuit takes on a COVID-19 business interruption case, and the Washington Supreme Court weighs in on the Spearin Doctrine.

In Lake Hills Investments, LLC v. Rushforth Construction Co., Inc. d/b/a AP Rushforth, et al., Lake Hills Investments, the developer of a mixed-use project in Bellevue, Washington, claimed general contractor Rushforth Construction Co., Inc. (AP Rushforth, or AP) was delayed in completing certain phases of the project and that work was defective. AP said the delays and defects had resulted from faulty design specifications and plans provided by Lake Hills. At trial, AP asserted affirmative defenses, including that the Spearin Doctrine shielded it from liability for defects that arose from deficient plans and specifications. The jury worked from a special verdict form, which resulted in a mixed verdict. On appeal, the court found a jury instruction was misstated, which prejudiced Lake Hills. The Supreme Court disagreed. The court called the jury instruction “potentially misleading,” but found the error to be harmless because Lake Hills failed to show that it was prejudiced.—From CLM Member Timothy J. Repass, Wood Smith Henning & Berman

Assembly Bill 45, which passed the legislature and was sent to Gov. Gavin Newsom, allows for hemp-derived cannabinoids, extracts, and derivatives in food and dietary supplements with various restrictions. Though expected to be a game-changer for hemp products sold in the world’s fifth largest economy, this legislation comes just weeks after the FDA denied two New Dietary Ingredient applications filed by well-known CBD brands, and it perpetuates the 50-state patchwork model for hemp products that the FDA was expected to remedy after passage of the 2018 Farm Bill. Industry participants should proceed with caution due to the specter of the FDA, which has not completed its rule-making process around CBD. Final rules by the FDA that are inconsistent with California’s rules will likely result in a showdown between Washington and Sacramento, and may breathe new life into class actions and other litigation brought by the plaintiffs’ bar against hemp and CBD companies in the state.—From CLM Member Ian Stewart, Wilson Elser

Iowa Most Affordable State for Auto Insurance; Louisiana Most Expensive

Auto insurance was most affordable in Iowa in 2018, the most recent year for which National Association of Insurance Commissioners (NAIC) data was available, according to the Insurance Research Council (IRC). Louisiana, Florida, and Michigan were the three most unaffordable states. IRC says using the NAIC data is preferable to other affordability studies as the NAIC data goes beyond compiling rating quotes for minimum coverage and includes estimates for what consumers actually spend per insured vehicle. “As such, the data reflect differences between states in terms of coverage requirements, policy selections, tort laws, and other factors,” IRC says. According to the report, Iowa households spent 1.02% of income on auto insurance. In Louisiana, the most expensive state, it was 3.09%. On average, U.S. households spent 1.67% of their income on auto insurance, a slight increase from 2017.—From Senior Managing Editor Phil Gusman

Up to $2.2 Billion Estimated for Hurricane Nicholas Losses

While Hurricane Ida generated the vast majority of storm-related headlines over the past month, Hurricane Nicholas also made U.S. landfall, causing losses estimated at between $1.1 billion and $2.2 billion, according to RMS. Nicholas made landfall near Sargent Beach, Texas as a Category 1 hurricane on Sept. 14. It impacted the central Gulf Coast, including areas in southern Louisiana that were still recovering from Hurricane Ida, RMS notes. The loss estimate includes insured losses associated with wind, storm surge, and precipitation-induced flooding, including losses to the National Flood Insurance Program (NFIP). RMS says between $700 million and $1.4 billion of its estimate is for privately insured wind and storm surge losses. NFIP losses in Texas and the Gulf of Mexico region are estimated at between $200 million and $500 million.—From Senior Managing Editor Phil Gusman

A business in Georgia failed to show it suffered physical loss or damage, and so it has failed to state a claim under its business interruption policy issued by Cincinnati Insurance Company, the 11th Circuit Court of Appeals has ruled. In the case, Gilreath Family & Cosmetic Dentistry Inc. v. The Cincinnati Insurance Co., Gilreath filed a claim for lost income stemming from Georgia’s shelter-in-place order and federal guidance. Cincinnati Insurance denied the claim, Gilreath sued, and the district court dismissed the complaint, finding that Gilreath had not alleged any “direct physical loss or damage” to property, as necessary for coverage under the policy. The 11th Circuit affirmed, stating, “Gilreath has alleged nothing that could qualify, to a layman or anyone else, as physical loss or damage.” Among its contentions, Gilreath sought coverage under the policy’s “Civil Authority” provision. But, here, too, the court noted that provision is contingent upon a “covered cause of loss.”—From Senior Managing Editor Phil Gusman

Johnson & Johnson currently has approximately 25,000 lawsuits pending against it related to its talc products. Reports have circulated that Johnson & Johnson is considering a strategic plan to move its liabilities from talcum litigation related to baby powder and other products into a newly created business that would later seek bankruptcy protection. Recently, lawyers for plaintiffs requested that the bankruptcy judge block such a move. However, bankruptcy Judge Laurie Selber Silverstein, United States Bankruptcy Court, District of Delaware, declined to prevent Johnson & Johnson from offloading these liabilities from the rest of its business, effectively allowing the company to move thousands of claims from individuals who claim they were injured as a result of itstalc products to a business that will later file for bankruptcy. Should Johnson & Johnson proceed, individuals with pending or future claims may find themselves in protracted bankruptcy proceedings with a much smaller company, and future payouts are likely to be affected. —From CLM Member Andrea M. Sciarratta, Goldberg Segalla 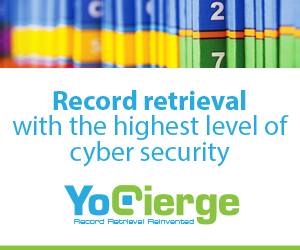