This prolific CLM contributor and former insurance defense firm founder is now executive director of the Coalition Against Insurance Fraud. Learn more about his career path and what the future holds for fighting fraud.

Smith began insurance defense work for a firm in Florida in 1985, but moved back to Ohio four years later to raise a family. He soon started his own firm as a sole practitioner to address what he saw as a need for a better and more aggressive way to handle insurance law matters, especially involving fraud. He was right—the firm quickly grew into a national practice.

“I enjoy the opportunity to lead, but I believe in getting off the ‘stage’ to allow others to have their turn.”

As the second executive director in the Coalition’s 27-year history, Smith says he wants build on the foundation established under the organization’s first executive director, Dennis Jay. He says focusing on both legislative and judicial advocacy programs, like the Coalition’s amicus curiae briefing program, will be key, as will partnering with the organization’s unique blend of insurers, consumer advocates, regulators, legislators, attorneys general, law enforcement, and service providers to expand the fight against fraud.

“Data is great, but insurers must never misuse it or abrogate their duty to policyholders to aggressively fight fraud.”

“We must adapt and learn to work cooperatively on a worldwide level if we want to effectively fight insurance fraud in the future.”

Smith says he is seeing insurers use civil suits against fraudsters more aggressively instead of pursuing the much-slower criminal proceedings. By winning large recoveries, insurers can bankrupt rings and better protect consumers. He also supports strong whistleblower statutes, pointing to California’s qui tam laws as evidence that incentivizing private citizens to report fraud can have a dramatic effect. He hopes to help more states pursue alternative anti-fraud avenues like this.

“In my life, my faith is first, followed by my family. Work is a distant third, but when I am working, I give it everything I have.”

Eric Gilkey is executive editor of CLM Magazine, a publication of the Claims and Litigation Management (CLM) Alliance. He may be reached at  eric.gilkey@TheCLM.org 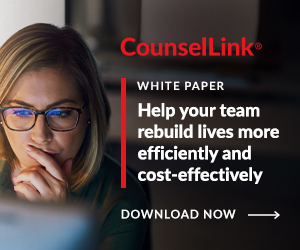