The role of metadata in claims and in courts

Adjusting and litigating claims has evolved for the digital age. As companies make the shift from paper files to the digital landscape, they are creating more information than they may think.

In the not-so-distant past, claim documents were physically printed and stored. With the introduction of digital file maintenance, information we now see in digital claim files may only be part of the information known to the company. Metadata, or data about data, is an integral piece in all digital files housed by a party. Metadata is attached to pieces of digital information, from photos to internal email communications, associated with the handling of claims.

Metadata can be crucial to understanding an electronic document and can significantly improve a party’s ability to access, search, and sort large numbers of documents. A digital photograph may contain the following metadata: name of photographer, height and width in pixels, date the photograph was taken, and even geolocation. Different types of digital information will contain different pieces of metadata. For example, Microsoft Word documents have the date and time the document was created, modified, and accessed. As this digital information may be discoverable, insurers and their claims partners must understand the metadata they create and be prepared to defend and discuss their metadata in litigated matters.

Although metadata is not directly addressed in the Federal Rules of Civil Procedure, courts have found that metadata is subject to the general rules of discovery. Thus, it will be discoverable if relevant to the claim or defense of any party, and is not privileged. Additional considerations found in the Federal Rules guide the request and production of electronically stored documents, including any corresponding metadata. Courts have observed that metadata generally lacks evidentiary value, although interest in metadata has become more prevalent as parties seek to access and view electronic records in the format available to the producing party.

While production of documents in their native format is not without complication, parties and courts must consider the probative value of metadata and whether it will enhance the functional utility of the electronic information. Metadata is generally available to litigants who seek the information in their initial document requests when the documents have not yet been produced in any form. However, if metadata is not sought in the initial request, courts are reluctant to order its production on relevance grounds. Thus, if a party believes metadata may inform its prosecution or defense of a case, steps should be taken to seek this information as early as possible. However, understanding the need for, or potential use of, metadata in a particular dispute may not be as clear.

Metadata in the Courts

In Tarasyuk v. Mutual of Enumclaw Insurance Company, the Washington Court of Appeals addressed the implications of metadata in the context of a bad faith claim. The dispute centered on a homeowner’s policy and the insured’s use of a shed on the property for business purposes. As part of the policy application, the insured stated that no business was being operated on the property. A homeowner’s policy was issued providing coverage for structures on the premises, but excluding structures used for business purposes.

After the policy was issued, underwriters requested photos of the property. An agent photographed the property, including a sign reading “MV Auto and Boat Repair” and a number of cars on the property. The insured claimed she told the agent the cars were being fixed and that the repairs were performed outside of the shed. The insurer, however, claimed the insured advised the agent that repairs were performed in the shed, but only on vehicles and boats belonging to friends and family. Various photos and emails were exchanged between the agent and the insurer, including photos of varying clarity depicting the shed.

Coverage was denied after a fire subsequently damaged the shed and personal property therein used for the insured’s repair business. The insured asserted a bad faith claim against the insurer, arguing that photos were destroyed or missing showing the repair operations and that metadata was altered relative to the photos. The agent denied erasing any photo metadata or purposefully omitting photos of the shed. An expert retained by the insured to examine metadata for the photos testified that the metadata showed that photos were missing due to the lack of sequential numbering and some were resized and possibly cropped, which the insured argued was the insurer’s effort to lead her to believe the shed was covered to collect premiums. The court was tasked with weighing the impact of the metadata testimony and eventually concluded that the testimony did not support the insured’s bad faith claim.

The District Court of Maryland also addressed the implications of metadata in Steak In A Sack Inc. v. Covington Specialty Insurance Company. Steak in a Sack, Inc. maintained a policy for its restaurant operations. The insurer’s agent performed an inspection of the restaurant and recommended the installation of a fire extinguisher, without which the insurer would need to issue an additional premium endorsement or notice of cancellation. Having received no response from the insured, a notice of cancellation was sent. Thereafter, the insured advised that it had implemented the recommendation and subsequently emailed a photograph to the agent of the fire extinguisher sitting on a counter.

Unsatisfied with the uninstalled extinguisher, the agent contended that it emailed the insured and requested photographic proof of the extinguisher’s installation and documentation identifying the type of extinguisher. After the policy was temporarily reinstated to allow the insured time to satisfy the agent’s request, the agent contended no response was received, and the policy was cancelled again. After a fire occurred at the restaurant, the insurer denied coverage and a bad faith claim was initiated. The insured argued, in part, that it never received the emails and that there were irregularities with the dates of the agent’s emails. While the insurer produced the emails with an explanation that metadata establishes the accuracy of the date and time the emails were sent, the court stated that it was not a metadata expert and no expert evidence was presented by the insurer to establish the authenticity of the metadata. Thus, the court found an issue of fact existed precluding summary judgment.

Similar metadata disputes have occurred in bad faith contexts when addressing internal reserve changes, the creation date of a claimed witness statement, authorship of affidavits, etc. How metadata is utilized and interpreted generally creates a fact issue, and parties should be mindful of the digital breadcrumbs they are creating when underwriting policies and adjusting claims.

Metadata and its functions are still evolving in all aspects of our everyday lives. Although metadata can be important to litigation matters, seeking this information must be relevant and timely. The insurance and legal industries will continue to find new uses for metadata. While the law will undoubtedly evolve to address the pervasiveness of electronic information in today’s digital world, the existence and nature of metadata can create complex issues of fact for a jury and companies should strive to understand the scope, use, and implications of their digital records.

Brandt W. Allen is a partner in the Chicago office of Traub Lieberman Straus & Shrewsberry.ballen@tlsslaw.com 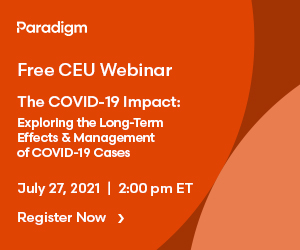