In the past 20 years, Texas has been hard hit by natural disasters, including multiple major hurricanes (Rita, Ike, and Harvey), Tropical Storm Allison (which was more damaging than some hurricanes), wildfires, and floods. Those catastrophes looked very different compared to the disaster that occurred in February 2021, when severe winter weather caused statewide power outages leading to frozen pipes and widespread claims for water damage.

According to the Insurance Council of Texas, an estimated 750,000 claims could be filed as a result of the winter weather. Risk-modeling firm Karen Clark & Co. estimates insured property losses could hit $18 billion, and other sources say losses could eclipse Hurricane Harvey’s $20 billion.

News articles and social-media posts highlighting the damage to residences, commercial properties, and critical infrastructure have been extensive. Moreover, many of the articles and posts are hinting at or explicitly calling out such damages as being avoidable.

There are multiple avenues down which the discussion of damage from the Texas winter storm will lead, as freezing temperatures caused pipes to burst and expel water. The main cause of the frozen water lines has largely been attributed to mass power outages and the associated lack of heating. However, the discussion has also focused elsewhere, with inference of additional responsibility for these problems shared by builders and contractors that allegedly did not meet industry standards or construct to minimum building codes, including allegations of poor workmanship, inadequate construction, and construction defects.

The majority of claims filed to date from the February 2021 severe winter weather are for pipes that froze and burst, resulting in widespread water damage. Claims have included damage to uninsulated pipes in unconditioned spaces—such as exterior walls, attics, crawlspaces, and garages—in addition to buried plumbing lines outside of buildings’ footprints.

Notably, governing building codes address these systems, including the Plumbing Code of the Texas Industrialized Housing and Buildings Program, which contains amendments from the 2015 International Plumbing Code. Section 305.4 of this code standard notes the following:

Water, soil, and waste pipes shall not be installed outside of a building, in attics or crawl spaces, concealed in outside walls, or in any other place subjected to freezing temperatures unless adequate provision is made to protect such pipes from freezing by insulation or heat or both. Exterior water supply system piping shall be installed not less than six inches (152 mm) below the frost line and not less than 12 inches (305 mm) below grade.

Minimum building codes are generally black and white, as evidenced above, providing specific minimum requirements for pipes: “Pipes shall not be installed in locations subject to freezing unless adequate provisions are provided, to include insulation and/or heating.” This language is not new to the International Plumbing Code; the same language is also contained in the 1997 (first) and 2018 (current) editions.

The severe winter weather exploited problems, vulnerabilities, and sparked discussions on potential construction defects within both compliant and non-compliant installations; in 2017, Hurricane Harvey had a similar effect. There has been much discussion in recent years about changes in climatological indicators leading to more unpredictable weather patterns. Hurricanes are becoming stronger and more frequent, extreme rain and drought cycles have become more intense, and ambient temperatures have become more extreme. As a result, there has been increased stress on property and infrastructure, and increased claims due to weather-related damage. To what extent have, or will, building codes change to adapt to these evolving weather patterns?

Construction standards evolve and change. These changes occur regularly to account for numerous factors, such as advances in technology, the introduction of new materials, and reflections of increased knowledge from more testing and research. Building codes and standards typically update on three-to-five-year cycles, sometimes with small adjustments, and other times with wholesale changes. With the expected hefty price tag for the recent winter storm, changes will certainly be considered and implemented to protect from future catastrophes.

In questioning whether this year’s severe winter storm, power outages, and widespread catastrophic damage will lead to changes in the code or construction standards, a simple follow-up question can be asked: “Could the damage have been avoided?” Perhaps. Although Texas rarely sees such extreme cold outside of the panhandle, such temperatures and winter weather are not without some precedent.

On Feb. 16, 2021, the low at Dallas-Fort Worth International Airport (DFW) was -2 degrees Fahrenheit, the lowest temperature recorded in the metro area since Jan. 31, 1949, when it also reached -2 degrees Fahrenheit. The only time the recorded temperature was below that mark was Feb. 12, 1899 when the temperature reached -8 degrees Fahrenheit. In January 1985, San Antonio was blanketed in 13.5 inches of snow. A major ice storm crippled the DFW area in 2011, creating havoc around the NFL Super Bowl held in Arlington, Texas that year. In 2004, Houston received a dusting of snow for its first Christmas Eve snow ever, while some areas along the Gulf Coast recorded up to 12 inches of snow.

However, these historical events were more localized, with smaller areas affected. By contrast, this year on Valentine’s Day, all 254 Texas counties were under a winter-storm warning for the first time in history.

With the volume of claims and the cost/extent of damage from 2021’s severe winter weather, building-code committees within Texas and beyond will be forced to review the minimum standards set forth in currently adopted code editions and amendments. The topic of conversation is whether the governing building codes that are adopted and amended by local building officials are sufficient to live up to their published intent. The 2018 International Building Code states, “The purpose of this code is to establish minimum standards to provide a reasonable level of safety, health, property protection, and public welfare… and safety to life and property from fire, explosion, and other hazards….” In essence, the intent of building codes is to foresee and prevent such damage that has crippled Texas in 2021, while determining if the winter weather was an anomaly or likely to recur at regular or predictable intervals.

Questions are sure to surface regarding uninsulated pipes in attics, crawlspaces, and exterior walls. As previously noted, building codes are clear with the language. They require that “adequate provision[s] [are] made to protect such pipes from freezing by insulation or heat or both.” The power outage eliminated heat as one of the two code-prescribed provisions that were outlined to prevent pipes from freezing. Pipes that were uninsulated and absent of a heat source were subjected to freezing temperatures, causing them to freeze, burst, and cause damage.

Many questions are on the horizon: Should a prolonged power outage have been considered by design and/or construction professionals, and should such outages be considered in the design of new buildings? Where uninsulated pipes froze, was the condition a result of a construction defect, or did conditions exceed what was anticipated for these regions? When water pipes were not sufficiently protected to prevent freeze damage, did the contractors and/or design professionals fall below the standard of care, or would the work have been considered non-compliant? Who is liable for repairing pipes and the resultant damage?

There is no doubt, these questions will be difficult to answer given unknown details surrounding the mass power outages. Additionally, every residential and commercial building presents a variable set of parameters dependent on its age, builder, and more. Cases must be approached by a one-by-one basis, with no one-size-fits-all answer.

There is no easy road ahead for Texas, and reports of unlicensed plumbers, general contractors, and other professionals offering and providing repairs—often for exorbitant fees to desperate property owners—may complicate matters. These opportunists may impair the rebuilding process, as well as cause additional future damage from improper or deficient repairs.

Regardless, as Texas rebuilds, future construction in the state is likely to change, adapt, and improve, as it has in other catastrophe-ridden states. To the east, construction in Florida has changed to withstand more powerful hurricanes, while to the west, California is evolving with more fire-resilient construction. Building codes and amendments by local building departments will likely be reviewed to develop more stringent requirements to reduce the risk of a repeat occurrence, while industry standards are bound to become more stringent, promoting more sustainable and resilient construction.

Time will tell if the crippling February 2021 winter weather will force Texas and other states to take notice, consider their current provisions, and plan for the rollercoaster of weather we all seem to be riding. 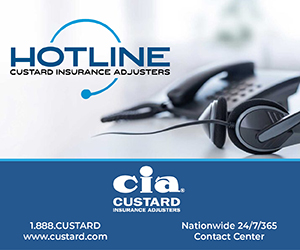