Efforts to circumvent virus exclusions pivot to equity and public-policy arguments. Will they work?

No one could have predicted the life-altering global pandemic caused by the COVID-19 virus or the impact the pandemic would have on every facet of life. In addition to the social and emotional effects on people, the pandemic has also impacted businesses across the spectrum, ranging from retail stores to restaurants to manufacturing facilities. Businesses experiencing financial hardship have been turning to their insurance companies to cover the losses sustained from travel bans, mandatory shutdowns, capacity limitations, and other restrictions limiting operations. For example, in the first-party insurance context, insureds may seek coverage for business-interruption losses caused by a municipality’s curfew or mandatory shutdown.

Nevertheless, first-party policies often include an endorsement introduced in 2006 by the Insurance Services Offices (ISO), which precludes coverage for loss or damage caused by or resulting from “any virus, bacterium, or other microorganism that induces or is capable of inducing physical distress, illness, or disease.”

When it comes to third-party insurance, insureds may seek coverage for claims arising out of their pandemic response on others, such as a university apartment complex enforcing leases for student tenants who can no longer attend in-person classes. Some general liability policies can, by endorsement, include an exclusion for injury or damage arising out of the actual or alleged transmission of a communicable diseases.

Legislatures in many states proposed bills to force insurers to provide insurance coverage for pandemic-related losses despite clear policy exclusions (though as of May 2021, no such legislation has been passed). In the absence of a legislative mandate—the constitutionality of which would likely be challenged—courts across the U.S. are facing the novel question of insurance coverage caused by insurer reliance on these types of exclusions. As a result, plaintiffs’ attorneys are asserting “longshot” equity and public-policy arguments in an attempt to circumvent virus and disease-related exclusions.

One such longshot argument is regulatory estoppel. It is well known that states regulate insurance. In order to introduce or modify a policy form, carriers typically must obtain approval from the insurance department of the state in which it wants to utilize the form. A regulatory estoppel defense seeks to preclude an insurer from interpreting an insurance provision in a certain way when prior representations to state regulators indicate a contradictory intent.

The doctrine was famously used to strike down pollution exclusions in Morton International Inc. v. General Accident Ins. Co. The Supreme Court of New Jersey held that the insurance industry could not rely on a standardized pollution exclusion in a general liability policy based on a misrepresentation about the scope of the exclusion made by the Insurance Rating Board (an agent of the insurance industry) to the state’s insurance regulatory authority.

Attempted regulatory estoppel arguments to date have been rooted in 2006 statements purportedly made by ISO and the American Association of Insurance Services (AAIS) to state regulatory bodies about proposed virus exclusions crafted in response to the SARS outbreak in 2003. The argument goes like this: ISO and AAIS explained that property policies are not intended to cover losses involving contamination by disease-causing agents, but they failed to advise regulators that coverage is often available for losses caused by E. coli, asbestos, mold, and more. In reality, the ISO circular prepared in 2006 regarding the then-proposed virus exclusion was unequivocal in its explanation about the reasons for the virus exclusion, including the limited scope of pollution and mold exclusions.

Various courts have already rejected this type of argument. For example, a Kentucky federal court in 1210 McGavock Street Hospitality Partners LLC v. Admiral Indemnity Co. refused to recognize regulatory estoppel as a valid defense. A Michigan federal court in Stanford Dental PLLC v. The Hanover Insurance Group Inc. held that applying the doctrine of regulatory estoppel to limit a clear policy exclusion would be inconsistent with the law of that state. A Pennsylvania federal court in Newchops Restaurant Comcast LLC v. Admiral Indemnity Co. recognized the defense, but held that the insurance company’s coverage position did not contradict ISO’s 2006 statements.

Even if a policyholder can demonstrate an inconsistency between statements made by ISO/AAIS and an insurer’s coverage position, success depends on showing that statements of those industry trade groups can be imputed to the insurer. Several courts, including ones in Pennsylvania, New York, and Illinois, have already stricken pleadings asserting this defense (and disallowed discovery) based on the absence of allegations that ISO or AAIS acted on behalf of the insurance company when making statements to a regulator. The regulatory estoppel defense should also be inapplicable to virus exclusions that differ in content or form from the forms presented to the regulators. While policyholders will likely continue asserting this defense, it remains a longshot.

In order to avoid application of a clear policy term or exclusion, insureds often complain that enforcing the policy as written would result in illusory coverage—e.g., that the policy is interpreted in a matter that coverage will never actually be triggered. Some jurisdictions have applied a reasonable expectations standard to illusory coverage, finding policies illusory where the insurer would not pay benefits under any reasonably expected set of circumstances. The illusory coverage defense has been raised and rejected in at least one COVID-19-related decision.

This longshot argument was made in Ultimate Hearing Solutions II LLC v. Twin City Fire Ins. Co. The first-party policy in that Pennsylvania case afforded limited virus coverage, so long as the insured sustained direct physical loss or direct physical damage to covered property by virus, bacteria, or fungi. The court rejected the insured’s illusory coverage argument on the grounds that, while it may be difficult to imagine how a virus can cause damage that would satisfy the insuring agreement, it was not impossible, citing a Nebraska decision in which a windstorm caused insured livestock to become infected with the pseudorabies virus.

An Illinois dental practice attempted to make the same argument in Mashallah Inc. v. W. Bend Mut. Ins. Co., which the court rejected because a policy is not illusory if it provides coverage against some liabilities. So long as there is a possibility of coverage under a policy, an illusory coverage defense should not prove successful.

Courts sometimes look to an insured’s reasonable expectations of coverage to provide the protection an insured party might reasonably have expected, even if the policy wording does not provide that coverage. This longshot argument is based on a policy provision that does not comport with the coverage expected by the insured. This argument has only been raised a handful of times.

A California federal court in West Coast Hotel Management LLC v. Berkshire Hathaway Guard Insurance Companies, was presented with the issue of whether the reasonable expectations defense prevented an insurer from relying on a virus exclusion.

The insured in West Coast Hotel Management, a hotel, argued that the insurer did not highlight or explain the virus exclusion such that the insured believed it had coverage for significant economic losses caused by the COVID-19 pandemic. The insured asserted that virus exclusion was ambiguous because “[a] pandemic is a social health crisis that afflicts entire countries and continents globally; it is much more than just a simple virus.”

An Arizona federal court in Border Chicken AZ LLC v. Nationwide Mut. Ins. Co. also rejected this defense, making the point that an insured seeking to rely on the defense must show prior negotiations or other activity that would lead to a reasonable expectation of coverage. Prior to the pandemic, insureds and insurers likely would not have discussed whether coverage would be available for pandemic-related losses, meaning that insureds cannot support the defense.

Most recently, an Iowa federal court in Lisette Enterprises Ltd. v. Regent Insurance Company rejected an insured’s argument that it had a reasonable expectation that the losses suffered at the hands of the COVID-19 pandemic would be covered by the business income or civil authority provisions of a policy. The court reasoned that the policy’s virus exclusion was clear, such that an ordinary layperson should have no difficulty understanding the scope of the exclusion.

As COVID-19-related losses continue to surface, insurers should expect to see these and other longshot arguments made by insureds seeking to circumvent clear virus exclusions. So far, courts across the country have been receptive to rejecting these types of arguments early in litigation. Nevertheless, it is important that the insurance industry continues to monitor COVID-19-related litigation to keep an active pulse on the arguments being raised by insureds and whether judicial reasoning in favor of (or against) application of longshot arguments is evolving.

When the dust settles from COVID-19-related litigation and life begins to normalize to pre-pandemic levels, it will also be important for claims and underwriting teams to analyze their companies’ exposures to pandemic-related losses and evaluate how to set up their companies for the next pandemic. Perhaps revisions to current policy language or introduction of a more specific exclusion for pandemic-related losses would negate the need for litigation altogether when the world is faced with another virus outbreak in the magnitude of COVID-19. 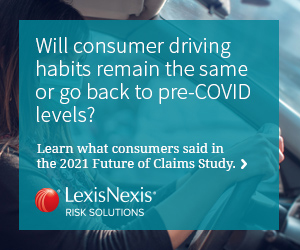